An upcoming MMO based on the Tribes series. The game will feature large open maps, along with a large persistent world where players fight for territory control.

Tribes Universe in an upcoming MMOFPS currently in development for the PC by Hi-Rez Studios, who released Global Agenda in early 2010.  The game was first announced on October 23, 2010, along with Hi-Rez Studios' Tribes franchise acquisition from InstantAction.  Besides featuring a large, persistent world where players fight for territory control, Tribes Universe will also feature large outdoor maps featuring large-scale battle support for more than 100 players.  The game will support both land and air vehicles, along with full clan support.  Aspects from previous Tribes games, such as skiing and jetpacks will also be incorporated.  There will be three Tribes (factions) in the game: Diamond Sword, Blood Eagle and a third unannounced Tribes.  Though primarily a first-person shooter, third-person view will be available in some vehicles.  The game will also focus more on PvP combat rather than PvE.

Alpha testing is said to begin at the start of 2011, with level 50 Global Agenda players get top priority, though not exclusive access.  Unlike most MMO's, Tribes Universe won't feature quests, looting or leveling.  Chief designer Erez Goren stated in an interview "Progression is primarily based on developing skills with additional weapons and gear that provide for specializations, but is not necessarily more powerful." 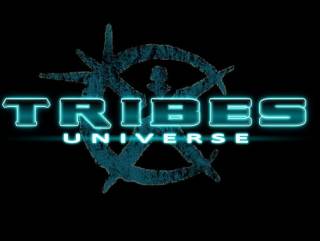