This spiritual successor to the free-to-play competitive online cartoon shooter, Battlefield Heroes. It will feature maps from Battlefield 2 and the classes and items from Battlefield: Bad Company 2. You will be able to level up and buy weapons using in-game or out-of-game cash.

Battlefield Play4free is the second game within the Battlefield franchise which is part of the " Play 4 Free" business model being developed by Electronic Arts.

The closed beta began on November 30th 2010 with the open beta being scheduled for April 2011 onwards: on the 31 of March anyone who owns a previous Battlefield game will be able to log into their EA account and gain access to the beta, followed by codes being published on Twitter and Facebook on the 2 of April and the game going fully open on the 4 of April; Sharqi Peninsula is being added into the map rotation once the Open Beta starts.

The game itself is free to play but you are able to pay for more powerful weapons and pieces of kit through transactions, following the Battlefield Heroes "pay to win" model.

The gameplay is similar to that of the previous games in the Battlefield series, with the maps in current rotation being played in the hallmark conquest mode; once a flag is captured by a team, players are allowed to respawn at that location. The first team to reach zero respawn tickets loses.

The game is fully multiplayer and there are no portions within the game which are singleplayer, similar to how Battlefield Heroes is run.

The maps and vehicles within the game are taken directly from Battlefield 2 while the weapons are all from Battlefield: Bad Company 2, with Ben Cousins hinting that they may also attempt to import Medal of Honor weapons and gadgets into the game at a later date.

There are four classes within Battlefield Play4Free, similar to those in Battlefield: Bad Company 2 and previous games however you are unable to change class during the game in Play4Free: you must exit the game and then change to one of the four soldiers you are able to create and choose the one with your preferred class:

“Armed with an Assault Rifle this class excels in fast paced fire fights at close to medium range. He also carries an ammo bag so he can resupply himself and his teammates.”

“Armed with a Light Machine Gun he can lay down waves of fire on enemy positions. He also carries a medic kit to heal himself and any nearby allies to ensure victory.”

“The Recon is strongest when targeting unaware targets from great range using his Sniper Rifle. Using his motion sensor he can scout enemies in the area for his team.” 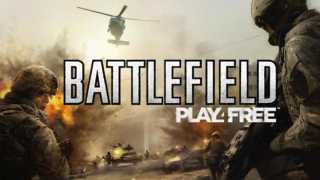