A free-to-play first-person shooter for the PC.

Project Blackout is a free-to-play FPS from SG Interactive that introduces a system of quests within each match for which you will get rewards upon completion, such as XP or emblems. In addition to this, there'll be add-ons for weapons and different armor sets.


Mission Cards can be purchased at the beginning of each mission, in the Mission Menu. Any reward (XP and emblems) for missions completed during a match will only be awarded if the player finishes the match. Whenever the player completes a set of quests, the rewards get better, and they will be awarded with new weapons, master badges and some bonus XP.


The Advance Combat Training System is a way for the player to customize their gameplay, while also increasing their character and/or weapon stats.
This is achieved through means of exchanging emblems (awarded through the completion of missions) by Titles. There are a total of 8 types of Titles (better speed, rate of fire accuracy, etc), but only 3 can be equipped at a time.

In Deathmatch, teams are created and the goal is to annihilate the opposing team.

To win, your team must reach a certain number of kills, or have the highest number of kills at the end of the time limit.
Good map control is crucial to victory in this mode. With enemies constantly respawning, you'll need to know where to hole up, and when to pin down your enemies.
Every time you die you will respawn after a short time. No rest for the wicked!

This mode gives each team a goal that they need to work towards.

Corps Operators will be forced to quickly set up their C4 charge at the designated bomb site or wipe out the entire Aegis team. Aegis Operators will either have to defuse the C4 charge or destroy the Corps team.
Operators will not respond during the match. Once you're dead, you're dead! So move carefully and don't just go running around without your team.
Demolition requires good tactics and great team work!

Unlike Demolition missions, Sabotage requires Operators to attack an objective while defending their own asset.

Search and Destroy requires you to annihilate the opposing team to win.

The round ends once the entire enemy team is dead.
The number of rounds one will determine the winner.
Bonus XP will be awarded for kill strings and other impressive feats.
Search & Destroy can be played on nearly all maps available.

Challenge Mode allows you to test your skills against AI opponents on a difficulty scale of 1-10.

Up to 4 Operators can join your team and up to 8 AI will appear as your enemy.
AI Challenge will not affect your Kill/Death ratio.
AI Challenge will test your limits and give you the opportunity to use many weapons as you hone your skills.
The game will end only after the time limit is reached. 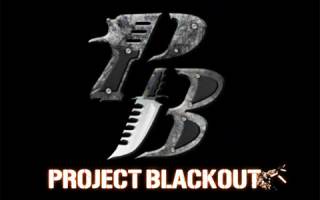