Modern Combat: Domination is a team-based first-person shooter from developer Gameloft, part of the developer's Modern Combat franchise that was previously made only for mobile devices. The game pits special forces against mercenaries and is primarily a 16-player online shooter, although it can be played offline with AI bots.

The game rewards the player's actions with money, which is earned by getting kills, completing objectives, and finishing matches. Each time a player enters a game, they have to buy their equipment for the round using the money they've earned, choosing a primary weapon, grenades, and armor. There is no health regeneration, and no health packs.

There are five maps in Modern Combat: Domination. Deathmatch, Team Deathmatch, and Domination can be played in all the maps, while Boom & Bust, Escort, and Extraction are map-specific. 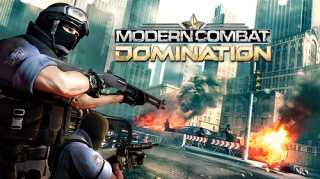