Hit & Myth is a completed game for the Gizmondo handheld. It is a fun, humorous twin-stick shooter that eventually saw free release on the internet.

Hit & Myth was spawned from the newly acquired Texas branch of Warthog PLC when Gizmondo parent company Tiger Telematics purchased them. The team licensed a twin-stick shooter engine that had been developed by one of their engineers on his own time to get a head start on development. A zany story was written, art assets created, game play designed, and voice acting recorded all in-house. By the time the game was completed, Gizmondo was filing for bankruptcy and shut the studio down soon after.

Later, the game was "leaked" online to the Gizmondo fan-base where it was passed around through online forums and word of mouth and is widely considered the best original game developed for the ill-fated platform.

The universe in peril, the tiki-headed entity known only as The Big Kahuna and head of the Arcane Department of Heroic Defense (ADHD), "recruits" the medieval knight Sir Timorous Cadbury IV from the myth-world of Codswallop to put a stop to the evil machinations of the demonic hordes that are systematically corrupting the other worlds of myth! Armed with a strange energy weapon, bestowed with magical powers, and chock full of witty one-liners and pop culture references, the fish-out-of-water hero must cleanse each myth-world and find the source of the corruption! Is the elder god Cthuluhoop at the heart of this invasion of evil? Well, duh!

The overall gameplay is a dual-stick shooter. The left directional pad controlled player movement while the four face buttons on the right controlled firing direction. Pressing two face buttons at once allowed fire in diagonals. Holding the left shoulder button would enter the game into spell casting mode, during which time would slow down. While within this mode, spells could be cast by pressing combinations of face buttons to activate them. Spell combinations could be found in-game or discovered through experimentation. Spells varied in effects ranging from player buffs (increased player speed, increased rate of fire, etc.) to direct damage (fire balls, spread shot, etc.) to area of effect (fire aura, electrical aura, etc.). As spells are learned, they enter the spell book for later reference which is accessible through the pause screen.

When encountering certain characters and bosses within the game, dialogue trees would open up allowing the player to choose the response to each statement given by the NPC. These always referenced  pop culture or made puns wherever possible and had no real bearing on how the story ended up. These conversation segments in the game were notable for being fully voiced by the developers themselves.

Originally, the game would have four selectable player characters to choose from, but this was limited to one due to time limitations. These four player characters were a large blue sasquatch, a female pirate, a leprechaun, and a medieval knight. Only the knight, Sir Cadbury, made it into the final game. All of the character were going to have different abilities, different magical powers available to them, etc. All of these abilities were consolidated into the full spell book that Sir Cadbury had available to him in the finished product.
Smash TV 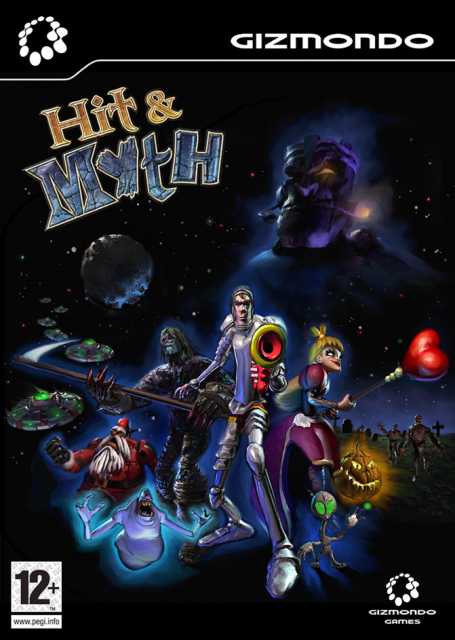