Tom Clancy’s Rainbow Six: Vegas is the sixth instalment in the acclaimed Rainbow Six franchise. The game was developed by Ubisoft Montreal Studios and published by Ubisoft on November 21, 2006 on the Xbox 360. The game was later release on the PC in December of the same year, to the PlayStation Portable on June 17th 2007 and finally to the PlayStation 3 on June 26th 2007.

The game focuses on the counterterrorist unit Rainbow Six who have been send to Las Vegas, Nevada to stop terrorist from blowing up casinos and eventually detonating a bomb on the Nevada Dam.

The game itself was well received earning many awards which praised it for its tactical gameplay, innovative AI and sharp graphics and on March 31st 2007 Ubisoft announced that the game had sold over 1.7 million copies.

The game also became the first Rainbow Six and Xbox 360 game to be featured in the Major League Gaming tournament premiering in the opening event of the 2007 season in Charlotte, North Carolina and rather fittingly had its last showing at the closing event of the same season in Las Vegas, Nevada.

Rainbow Six Vegas is a first person shooter that incorporates a third-person cover mechanic into the combat. At any open corner or chest-high wall, the player can choose to enter into a cover state at which point the camera will then move into a third person perspective, thus allowing the player to pop out and fire at enemies or blind-fire at targets.

The game deviates from previous games in the franchise by making several alterations to the core gameplay such as the introduction of a regenerating health system and an increase in the enemy presence and AI. Other key changes include a reincarnated aiming system similar to that found in the previous games in the series.

The game also features a context sensitive command system whereby players may instruct the other members of the player's squad using the D-pad or alternatively using a headset in the Xbox 360 or PlayStation 3 release of the game.

Finally a specific sections within a level the player may elect to rappel up or down a building or wall or fast-rope down into an area. Other such abilities include the breaching and entering of a room as players mark specific targets for squad-mates to target and eliminate when players give the order to breach and enter into the area.

The story follows Rainbow team leader Logan Keller on a mission accompanied by two squad mates, Gabriel Nowak and Kan Akahashi. The mission is in a Mexican border town called San Joshua del Mosquiera in the year 2010. Rainbow's intelligence officer, Joanna Torres, briefs Logan on his mission; the objective is to arrest Irena Morales, a terrorist ringleader. As Logan and his squad reaches the landing zone, Logan fast-ropes down first, but the helicopter and the rest of the team is forced to retreat as a rocket-propelled grenade narrowly misses them. After fighting through groups of armed terrorists he re-joins his squad and finally confronts Irena in an abandoned mine, however she has planned an ambush leaving Logan for dead and taking Kan and Gabriel hostage. After escaping the mine and fighting through an abandoned factory with only his pistol Logan contacts Joanna and escapes by helicopter.

Having escaped via helicopter Logan is ordered to handle a related crisis at the Calypso Casino in Las Vegas. After his drop off outside the casino, Logan meets up with his new squad: British explosives expert Micheal Walters and Korean electronics expert Jung Park. The team proceeds to clear out the casino and rescue the captured hostages, one of which is a NATO weapons researcher who reveals to the team that a second researcher was also captured but was taken to another location.

The team then moves onto the Red Lotus casino and proceeds to rescue a kidnapped reporter who upon her rescue informs Logan and his squad that the terrorists have taken over a news van as their communications hub. After demolishing the van, thus destroying the hub, the team is extracted via helicopter and taken to save the second weapons researcher Dr. Williams.

Dropping them off at the Vertigo Spire, a luxury hotel, the team finds and frees Dr. Williams who reveals the location of a highly destructive micro-pulse bomb placed within the Vertigo. After locating and disarming the bomb the team then extracted and sent to rescue Logan's captured former squad mates Kan and Gabriel.

The team arrives at the still under construction Dante Casino where they find and rescue Gabriel who despite his protests is extracted from the location. The team then proceeds to continue their search for Kan and encounters him engaged in a firefight in a construction portion of the casino. Unfortunately during the fight Kan is fatally shot and wounded in his attempt to warn Rainbow squad of an ambush before the team reaches him. With his dying breath, Kan tells Logan that the Las Vegas attack was merely a distraction for the larger attack being plotted by Irena's terrorists. After hacking a server the true targets location is uncovered to be the Nevada Dam (similar to the Hoover Dam).

After their drop off on a bridge in front of the dam, a local officer informs Logan of the location of another micro-pulse bomb which the team then goes on to disarm. Having dealt with the bomb with only seconds to spare the fast-rope to the bottom of the dam to save the captured hostages, one of whom informs Rainbow squad that the dam will buckle under the pressure of the lake if the team do not open an emergency release valve. With the dam crisis resolved, the team pushes forward further into the dam where they uncover a weapons research lab and where the two previously rescued weapons researchers inform the squad of a micro-pulse missile on top of the dam.

On their way to micro-pulse missile, Logan and his squad encounters Irena who Logan confronts and fatally wounds. In her last moments however she taunts Logan; that while she may die now, her partnet will continue the crusade against Rainbow.

Upon reaching the top of the dam, the team plants explosives on the missile to detonate it mid-air thus avoiding triggering the micro-pulse payload. Soon after Logan receives a transmission from Gabriel in which he reveals to Logan that he in fact is Irena's partner and was a mole within Rainbow squad.

Rushing the teams chopper, Logan arrives just in time to see the two pilots being thrown out of the cockpit as Gabriel hijacks the helicopter to escape. Logan now faces a choice; either let Gabriel escape or shoot down the chopper. Choosing the latter of the two, the copter crashes and Logan goes on to explain the whole situation after which Logan and the rest of Rainbow are sent out on a mission uncover the organisation behind all of the terrorist activity.

The game ends with the words "To Be Continued" appearing on the screen, implying a sequel was in the works (Tom Clancy's Rainbow Six: Vegas 2) was in the works and as the credits roll a news clip states that the Gabriel's helicopter was found crashed into a lake although his body was missing from the wreckage.

The multiplayer of Rainbow Six Vegas on consoles includes a robust character customisation feature, and a persistent levelling system. As players level up various different weapons and outfits are unlocked and there are 16 ranks in total. Other such unlockables within the multiplayer include various colour and camouflage schemes, masks, armour and clothing.

The outfitting aspect is of great significance as players choose how mobile to make their character based upon the amount of armour that they have equipped. In short, the more protection in which the player opts for, the slower their character will move.

The PC version of the game differs from the multiplayer system found in the console release however as it features no ranking system or unlockables. Rather in the PC release all of the unlockable weapons and outfits are available immediately for players to select and utilise.

Attack and Defend and Retrieval can be played with or without respawns. The host has the ability to choose in the option menu before the start of the game. Additionally, the host can choose to ban up to 5 items (weapons, explosives, or gadgets) in any game mode.

A Limited Collector's Edition of the Xbox 360 version was released. It contains a making-of documentary and a series retrospective as well as a alternative cover art for the game.

As displayed on the back cover of the box

*Supported Video Cards at Time of Release (laptop models of these cards are not supported) : 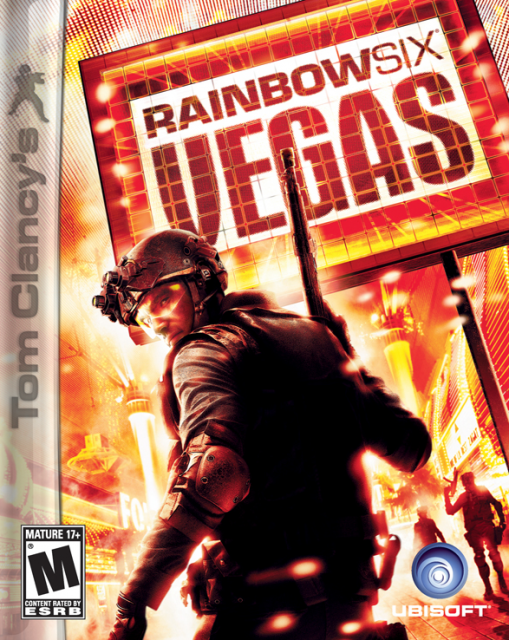