Zero Escape: Virtue's Last Reward is an adventure game by Chunsoft developed for the Nintendo 3DS and PlayStation Vita. Much like the previous game in the Zero Escape series the game revolves around nine people trapped together in an elaborate series of life-threatening puzzles, forced to cooperate. You are able to choose between Japanese or English voices.

A young college student, Sigma, awakens to find that he is one of nine people that were captured and forced to play the Nonary Game: Ambidex Edition, overseen by a rabbit-like AI calling himself Zero III. The goal of this Nonary Game is to raise enough “Bracelet Points” (BP) to access a door with the number 9 on it. To raise BP, participants are put into groups of three, where Sigma will either have a partner (a Pair) or be by himself (a Solo). Pairs and Solos choose whether to “Ally” or “Betray” each other. If both choose to "Ally", each will receive 2 BP. If one chooses "Betray", he or she gains 3 BP, and the other loses 2 BP. Finally, if they both choose "Betray", neither will gain or lose points. If anyone disobeys the rules, or if their BP falls to 0, they will die.

The game has 24 endings, which determine which characters live and which ones die, among other things. Routes towards certain endings will be locked until conditions are fulfilled by obtaining a required ending.

The mechanics are similar to Nine Hours, Nine Persons, Nine Doors (999), where gameplay is divided into two sections: the story-driven "Novel" segments, and the puzzle-based "Escape" areas. The Novel portions of the game are fully-voiced, and choices are presented that will change numerous things such as character interactions and endings. Just like 999, the game must be played through multiple times in order to see the whole plot. However, Zero Escape: Virtue's Last Reward introduces a 'skip' feature that bypasses previously encountered paths and puzzles through an in-game flowchart.

The 'Escape' portions have much in common with traditional PC adventure games. Rooms are examined for items and clues, with the ultimate goal of discovering passwords for a safe. Each safe has two available passwords, one of which gives access to the key to the room's exit, and a second, optional password for a hidden file. These hidden files contain background information on characters and the game's universe. However, if the game is set on the 'Easy' difficulty, a silver hidden file will be unlocked, opposed to a gold hidden file.

It has been reported that saving during the Pressure Exchange (PEC) puzzle room could cause the game to crash and save files to become corrupted on 3DS copies of the game. Some reports have also mentioned crashes in the Crew Quarters. It is therefore recommended not to save during these puzzles (or safer yet, any puzzle room). No such problems seem to exist in the Vita version. 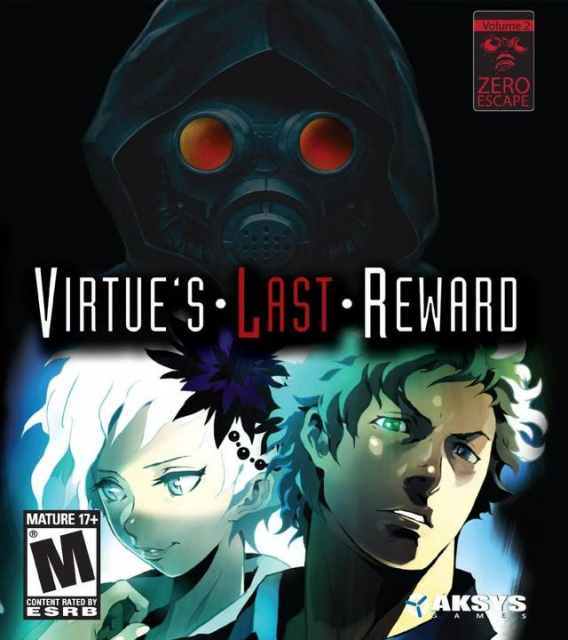