Persona 4 Golden is an update of the critically acclaimed PlayStation 2 role-playing game. New additions and changes have been made exclusively for the PlayStation Vita.

Persona 4 Golden is an enhanced version of the original Atlus PlayStation 2 game for the PlayStation Vita. Many new additions and changes have been made to the game as well as modifications to incorporate PS Vita capabilities such as touch and wireless networking. Released June 14th in Japan, and at Tokyo Game Show 2012 Atlus officially announced a November 20th release date for North America and a European release of Spring 2013 where it will be published by NIS. Originally conceived as a PlayStation Portable game, development of Golden was moved to the Vita in order to avoid the constraints placed on the development of Persona 3 Portable.

Unlike Persona 3 Portable, the game does not feature the option to play as a female protagonist. The presentation is, at minimum, on par with that of the original PlayStation 2 game; the resolution has been bumped up, textures have been redone and it is now presented in the 16:9 widescreen aspect ratio. Presentation elements were not stripped out. It contains all of the elements of the original release, plus additional content.

The majority of the English cast from the PS2 version of Persona 4 are reprising their roles for Golden. However, Tracey Rooney, the original English voice of Chie Satonaka, and Dave Wittenberg, the original English voice of Teddie, were not retained for the Vita version for reasons Atlus has not disclosed publicly. Supposedly, the original voice actress for Chie has retired from voice acting. Both roles are being entirely re-voiced with new voice over artists; Erin Fitzgerald now voices Chie, and Sam Riegel is the new voice of Teddie. Both new actors also voice their respective characters in Persona 4 Arena and Persona 4: The Animation.

At the time of its North American release in November 2012, Persona 4: Golden had the highest average review score out of any game released so far that year. By the end of the year, it was bested only by the full retail release of The Walking Dead: Season One.

For the most part, the soundtrack remains the same from Persona 4: Golden's predecessor, but new compositions were made to accompany the new settings, plot points, etc. None of the background music of the original game's content has been replaced, with the except of Shin Mitsuo Tensei, an 8-bit arrangement of the boss theme, which now plays over the final boss battle of the Void Quest dungeon. 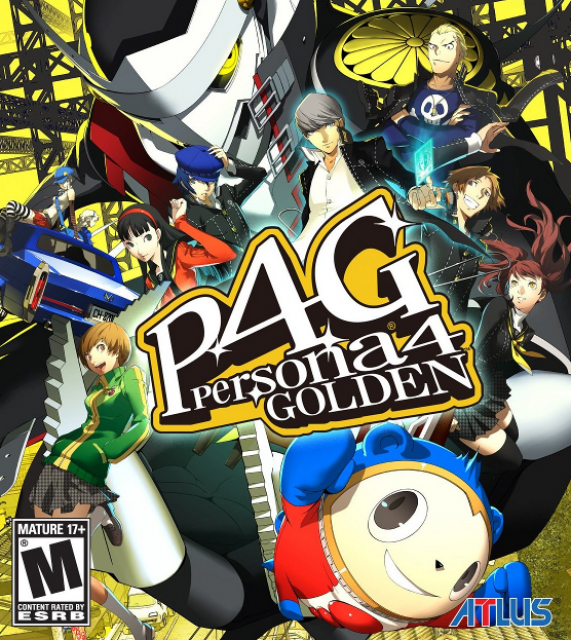