Your team of mercenaries clears out alien-infested space derelicts with retro graphics and plenty of grenades.

Grenades can be picked up by killing enemies, or found in destructible crates throughout the level. Furthermore, these collected grenades can be used in combination to create deadly traps for enemies. The player has access to a handful of grenade types at the beginning of the game, and can unlock up to thirteen different types by gaining experience and leveling up. The player also has the ability to shoot in any direction, a la dual stick shooter; each of the characters shoots to create a small cloud of bullets. However, the guns do not have an infinite fire; after continuous fire they must be recharged before shooting again.

Every marine in the squad also gains experience on missions, becoming tougher and changing appearance with each level gained. If a marine dies while on a mission his death is permanent, and a new level one marine is added to the squad.

Standard Grenade: After tossing this, the player detonates it for a small explosion, travels like a normal grenade.

Laser Grenade: After tossing this, the player chooses the direction of the laser, the laser can shoot through walls.

Missile: After tossing this, player chooses direction and the missile launches. The player can choose when to detonate the missile, causing a large explosion.

Vortex Grenade: Upon detonation, the grenade creates a vortex sucking enemies, bullets, and other grenades into it.

Shield Grenade: A grenade that creates a shield protecting players from damage.

Health Grenade: when deployed it heals all characters inside the white sphere it produces. 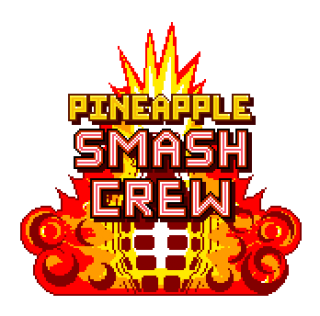