A man, his face hidden to the player, watches computer screens and calls operatives as a mission near a port becomes compromised. An undercover operative trains with an extremist group in Yemen. Preacher and his squad, one week before, fire upon militants in Somalia, helping a helicopter destroy a building. 8 weeks before (7 weeks before Somalia), Preacher and Mother, the squad leader, attempt to alleviate a hostage situation in the Philippines.

Interspersed, in present day, is Preacher's attempt to reconnect with his ex wife and daughter, an attempt complicated by an apparent suicide bomb attack on his person, destroying the train he expected his family to arrive on. In Madrid, Preacher awakes to his ex-wife and child, he lying in a hospital bed.

And there is more to tell...

The Dynamic Door Breach system is a new feature that only appears in the singleplayer campaign of Medal of Honor: Warfighter.

The default door breach is the kick option but more can be obtained for every 4 head-shots the player acquires on enemies taken by suprise.

The game's multiplayer mode is completely built around the concept of two-person fireteams. Players are automatically grouped with another player on the same team, and the other players silhouette is always visible, even through walls and other obstacles. If alive, players will be able to spawn on their squadmate, and if a player's squadmate is killed, getting a revenge kill on the player responsible allows the squadmate to instantly respawn.

The multiplayer is class-based, with each class offering different weapons and support abilities and will use the Battlelog system that Battlefield 3 used.

Like the previous Medal of Honor. Ramin Djawadi returned to compose the score for Warfighter along with some additional tracks composed by rapper, Mike Shinoda. The soundtrack was released on September 25th, 2012 via iTunes and Amazons MP3 store. 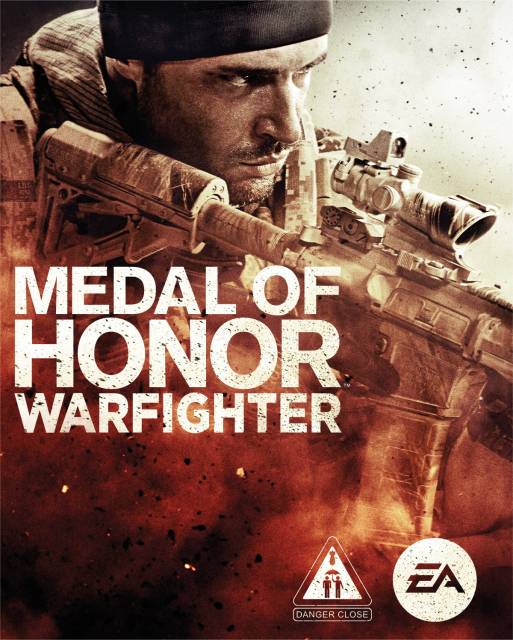