The Showdown Effect is a 2.5D side-scrolling, multiplayer, skill based action brawler from Arrowhead Game Studios, the makers of Magicka. The gameplay draws influences from Soldat, Worms, Hunter Hunted and Super Smash Bros. just to name a few. Stylistically, conceptually and thematically, the game draws influences from action movie genre of the 80s and 90s, as well others.

The game features eight playable characters, all stereotypical clichés of the archetypal action hero, each with his/her own unique abilities.

The game also has an integrated feature to live stream matches to a Twitch.TV channel.

Features four different free for all and team based game modes, as well as customizable rule sets and game modes. 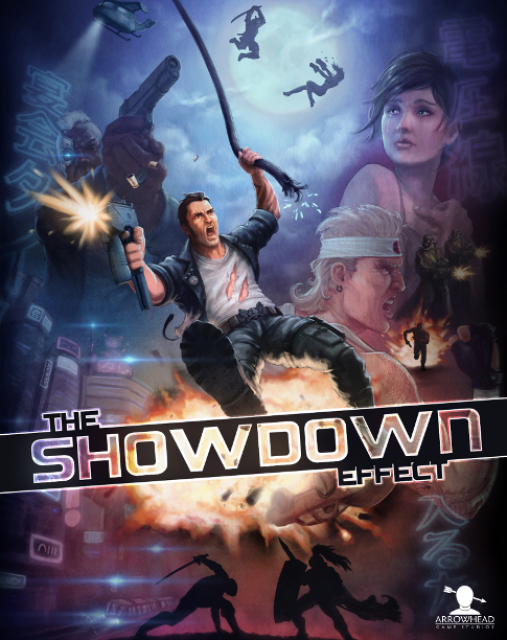