You are Synaptic Donor Unit 7, SDU 7 for short, the last in a line of volunteers who lead the forces of The Resistance- who are the final representation of democracy to survive the turmoil caused by 'The Big Mistake.'

The Big Mistake was an ecological disaster- where ozone depletion allowed radiation to kill all plankton in the ocean, leading to the death of the entire aquatic ecosystem. Shortly afterwards, the planet as a whole began to deteriorate, and many factions started fighting over the planet's remaining resources.

The situation only got worse with the arrival of alien factions- particularly the Mykonians, who installed a parasite machine on the planet to slowly suck heat out of the planet's core, and make way for the final phases of their invasion and conquest.

All of the other SDUs before you have since been defeated in combat- which means it is up to you to lead the Resistance to victory over the other factions, and destroy the Mykonian's parasite before it causes too much damage.

There were 6 factions total in Urban Assault, of which only 4 were playable in multiplayer.

The Resistance: The last traces of democracy present on Earth. The Resistance is the faction you play in the single player campaign. As such- they are arguably the most balanced of all the factions, with a solid selection of all unit types.

The Ghorkovs: A highly militaristic terran faction from Eurasia. The Ghorkovs technology level is at the very least the same as the Resistance's, if not more advanced due to the high amount of laser weaponry they possess. The Ghorkov military focuses on air units, with very few but highly mobile ground units.

The Taerkastens: A fanatical and old-fashioned cult that has a disdain for technology and blames the Resistance for the Big Mistake. The Taerkasten arsenal is comprised mostly of seemingly antiquated but incredibly durable World War 1 and 2 era units.

The Mykonians: Arguably the central villains of the game, the Mykonians are an alien faction that seek to drain the planet of its energy for their own uses. Their units look like varying shapes and bulks of black tubing that rely on electric weaponry. The Mykonian arsenal is almost entirely comprised of air units, but is still quite versatile overall.

The Black Sect: A terran faction of pirates and mercenaries. The Black Sect are unique in that they have access to units from all of the other factions, even the Sulgogars, and they are invisible on radar. The Black Sect's only unique units are their Host Station, which was a prototype stolen from the Resistance and was supposed to be used by SDU 7, and their flak stations. The Black Sect is not playable in multiplayer.

Metropolis Dawn was the un-released expansion of Urban Assault. It was decided not to be released due to Urban Assault's poor sales. 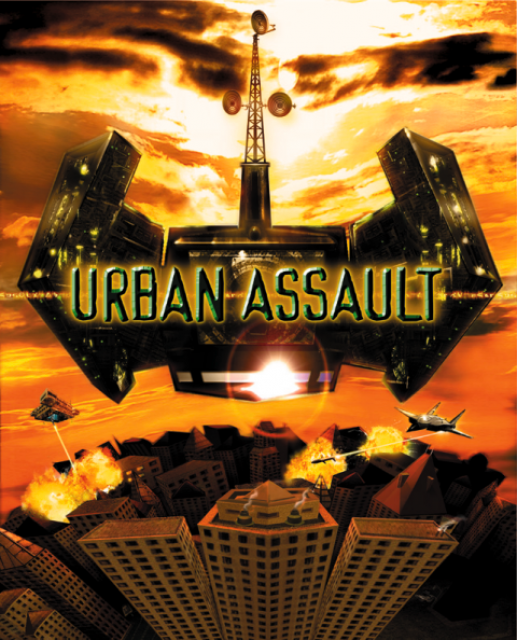