Remake of the Korean Action RPG "Liar: Legend of Sword 2" released in 2010 for the GP2X WIZ.

In 2009 Bitmage, a company specializing in handheld and mobile development, was contracted by Gamepark Holdings to produce a remake of Liar: Legend of the Sword 2 for the GP2X Wiz handheld. Graphics and sound were completely redone and the interface streamlined. The seamless world map of the original has been broken down into seperate sections, many peaceful areas got stocked up with new enemies. Characters are now controlled directly and success in combat is based more on player skill, which, though still simplistic, makes the grinding much less aggravating. Story, quests and dialogues remain the same, but the remake introduces convenient, nowadays obligatory tools to help players getting by, like a quest log and an automap feature. On the downside, the game also suffers of some weird technical issues on the Wiz. Choppy scrolling really shouldn't exist anymore, but worse is the lack of diagonal movement, which even the original was capable of.

While the original game only made it as far as Taiwan with a Chinese localization, the Wiz version was officially translated into English, or rather Broken English, to be precise. The script reeks of false grammar and awkward expressions, line breaks are all over the place without regard for spaces or even syllable ends, and even a few leftover Hangeul characters can be spotted here and there. At least it is possible to understand the story this way—to a degree. Players of the English version will find themselves puzzling about the meaning of cryptic quest descriptions more than once.

Before the complete redrawing of the graphics in the Wiz version, even before the game was first released, Ecstasy completely changed the character portraits at least two times, and many graphic tiles were replaced, as well. 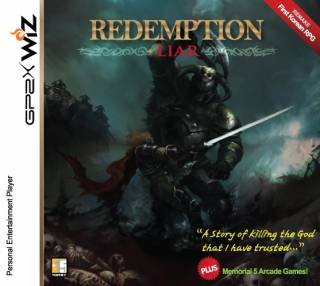