Isaac Clarke, now aided by a soldier named John Carver, pursues the ominous threat of the Markers to the ice world Tau Volantis, now overrun with the terrifying Necromorphs, as well as the Human cultists who worship them.
Xbox 360 PlayStation 3 PlayStation Network (PS3)

Dead Space 3 is a third-person horror game developed by Visceral Games. It's the third game in the main Dead Space franchise; it introduces cover mechanics as well as campaign co-op.

The game was released in North America on February 5, Australia on February 7, and Europe on February 8; it will is for PC through both retail and Origin, Playstation 3, and Xbox 360.

Dead Space 3 takes place two years after the events of Dead Space 2. Isaac Clarke and Ellie Langford became a couple, but eventually broke up; after the horror on the Sprawl, Ellie wanted to seek a way to end the threat of the Markers and their Necromorph creations once and for all, but Isaac just wanted to hide himself away and let the rest of the universe deal with the problem. The game opens on the New Horizons lunar colony on Earth's Moon, where EarthGov soldiers Captain Robert Norton and Sergeant John Carver have tracked down Isaac. It seems Ellie actually managed to find a lead; a frozen planet called Tau Volantis, which appears to be the homeworld of the Markers, where Ellie believes they can find a way to shut down all the Markers in the universe remotely and stop the threat of the Necromorphs forever. After Ellie disappeared while investigating, however, Norton tracked down Isaac on her advice and forcibly recruited him for a mission to rescue her and find a way to carry out her plan. However, their mission is imperiled by the actions of a radical, militant sect of Unitologists lead by a madman named Jacob Arthur Danik, who is bent on activating all of the Markers, and will kill every one of the heroes in order to see that his vision isn't threatened by their actions. For the first time, Isaac doesn't have to face the terror alone - the optional co-op mode sees him accompanied at all times by John Carver, who has his own reasons to see the mission through, and his own inner demons to fight as they also battle the Necromorphs for their survival.

Dead Space 3 is the first Dead Space game to introduce humans as enemies - Unitologist Soldiers. Necromorphs both old and new and environmental hazards are also present on the planet.

Dead Space 3 retains similar gameplay to its predecessors, while also adding new mechanics, such as the ability to roll and a cover mechanic. Isaac moves around the environment in a third person view and players are required to use different weapons to eliminate different types of enemies. Strategic dismemberment is still a core part of the game and the game introduces a new type of enemy, the Fodder, which depending on how it's dismembered, can mutate to become even more deadly than before.

Like in previous games, weapons have two different modes of fire. Dead Space 3 marks the return of classics like the plasma cutter while introducing new automatic weapons. The game has universal ammo, with ammo drops being more plentiful on the normal difficulty than in previous games.

Also returning from the previous games is the upgrade system that has been redesigned and renamed the weapon bench. Players can upgrade and create new weapons from parts and items they collect along the way. There are two types of frames, a light one handed frame and a heavy two hand frame. Players can also create unique weapons by combining two weapons.

There exist blueprints of pre-made weapons in the game, to forgo the creation process while still giving players weapons to wield.

After players complete the campaign once four additional game modes are unlocked:

The game features two player campaign co-op. Co-op can activated at the main menu or during gameplay at a checkpoint or after the player dies. Players can find a partner randomly with Quick Match or invite a friend - co-op doesn't feature friendly fire.

Co-op mode is disabled in Classic mode, in the spirit of the previous games.

There any many suits in Dead Space 3 but unlike the previous Dead Space games, the suits are mostly cosmetic and do not feature any buffs. The RIG can be upgraded to increase damage protection and other stats at Suit Kiosks, and these upgrades apply to all suits.

Pre-Ordering Dead Space 3 upgraded the game to the Limited Edition version of the game, which included:

Players received the Tesla Enervator - a focused energy tool used for eliminating dangerous specimens by delivering a precision blast causing instantaneous electrocution and molecular destabilization in the target - when pre-ordering from Amazon.

The original game come free when pre-ordering from Origin.com.

The Dev-Team edition is truly a limited edition with only 5,000 made. There are two versions. The $160 version came with the game or one for $100 without the game (Dev-Team Edition Add-On). Each tin crate has a metal plate with the edition's number stamped on it i.e. 215/5000

The first piece of story DLC for Dead Space 3 is Awakened. It was released simultaneously on all platforms on March 12, 2013. It takes place immediately following the ending of Dead Space 3.

Developers Visceral Games decided to take a more action oriented approach to Dead Space. When CVG asked Frank Gibeau why they had chosen to do this, Gibeau replied that with Dead Space 3, EA was aiming for the biggest possible market:

What we’ve tried to do with each instalment is tell a different story about Isaac but at the same time bring in new features and ways to turn the game into a more connected experience … so we embraced [the co-op] idea and we tried to open up the accessibility of the IP a little bit by adding a little bit more action, but not undermining the horror.

We can’t not be a horror game because that’s what Dead Space is … and at the same time we definitely do not want to piss off our fans by taking it too far from horror.

On January 22, 2013 a playable demo of Dead Space 3 was released for Xbox 360 via Xbox Live and for PlayStation 3 via the PlayStation Network. Xbox 360 players who signed up on the official Dead Space website with an Origin account gained access one week early. 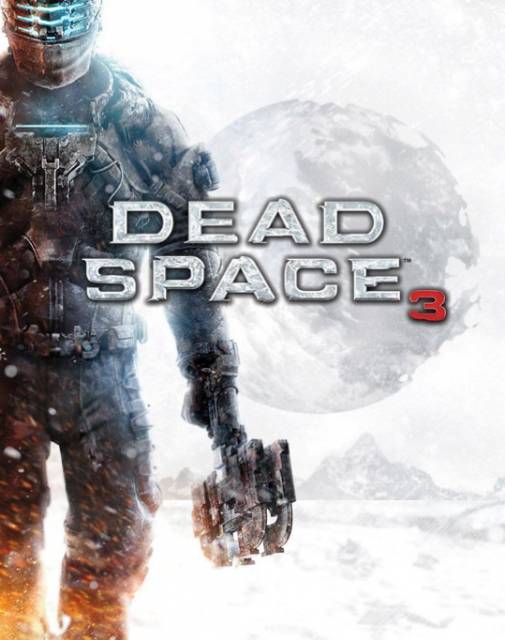