Announced on May 16th 2012, E.X. Troopers is a spin off of the "Lost Planet" franchise from Capcom. It takes an approach that is foreign to the existing series as it is centered around teenagers in a high school academy on EDN-3. The art style is very reminiscent of Japanese Animation/Manga, even adding sound effects in written form during combat that give the feel of a graphic novel. The game supports cooperative multi-player. The game will release on November 22, 2012 in Japan.

He is the game's protagonist. He arrives at the academy from EDN-2. He is curious, friendly, and wants to be the best at everything he does.

She is part of a snow pirate group that wants to live amongst the Akrid. She is an excellent linguist.

He is the academy's star member and displays great confidence in his abilities. He considers Bren to be his rival.

She is a mechanic who loves Vitality Suits. She may have a crush on Bren.

He is an older member of the academy. He is skilled in data acquisition.

She is an AI construct for the base that manages information concerning the surrounding area. Her name denotes that she is the first AI in the W.I.Z. series. Given that she is an older series, she has been given the personality of an older woman.

She is an AI construct at the base that focuses on working with Bren. Her name denotes that she is the third AI in the W.I.Z. series. Given that she is a newer series, she has been given the personality of a young girl.

She is an instructor at the base. She is both a capable fighter and teacher at the academy.

He is an instructor at the base. Though he acts tough and demanding, he is an excellent tactician. He is partly responsible for Bren receiving the Gingira vitality suit.

This suit is a prototype. It is capable of speaking with its pilot and performing certain actions on its own. It is given to Bren and refers to him as its master. 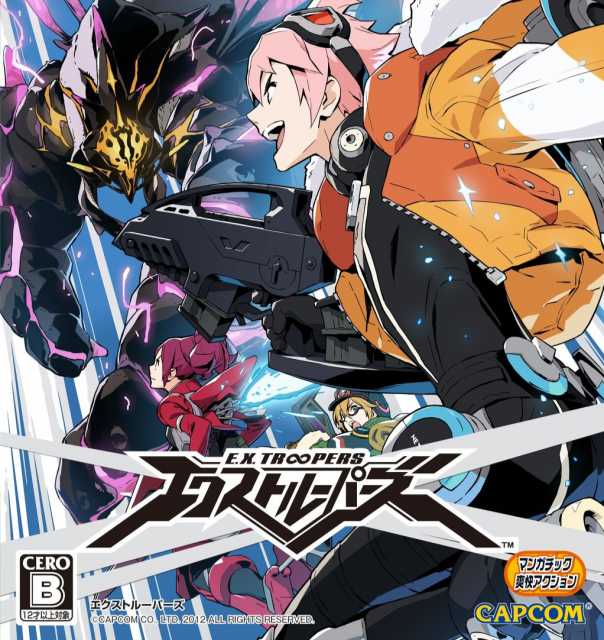