Shadow Hearts is a traditional turn-based RPG with a twist. To do just about anything in battle you must hit colored sections of the judgment ring.

The main character, Yuri, is cursed to be a Harmonixer, a person able to fuse with demons. He's a blunt, sarcastic young man who happens to meet up with an innocent young woman on a train ride thanks to the voice that plagues him.

The two encounter other characters along the way, including a vampire and a sassy female spy.

Sacnoth added a layer of interactivity to traditional turn-based RPG combat with the judgment ring mechanic introduced in Shadow Hearts and refined in its sequel. To perform attacks, as well as many other tasks within the game, the player must stop a spinning needle in colored zones of a circle. The effect , and even failure, of the desired task (i.e. an attack or spell, and even item usage) is determined by the accuracy with which the player hits the needle within the ring.

Status effects can change the speed, direction or even hide the colored segments, increasing the challenge of performing a task. 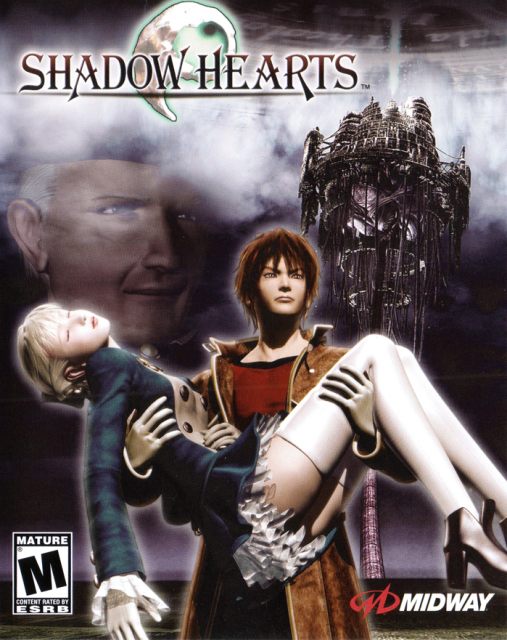