Aqua Kitty: Milk Mine Defender is a shoot 'em up by indie developer Tikipod, inspired by Defender and similar games. It was released as one of the first PlayStation Mobile games in October 2012, later coming to PC and Xbox Live Indie Games in June 2013.

The game takes place under the sea where kitties must be protected from the alien invaders. Once one wave of aliens have been defeated the next wave spawns until there are no more enemies to defeat. To do so the player has a single bullet mode which has infinite ammo. As an option, the player has burst mode, these fire long range bunches of bullets. This ammo, however is limited but can be upgraded by completing levels. Early levels typically feature one or two kitty civilians and a small grouping of enemies. As the levels progress there are an increased number and variety of enemies to contend with. For scoring, each saved kitty is worth 2000 points. Each subsequent enemy killed in quick succession will increase the point multiplier by one. This multiplier degrades over time and will eventually reset to zero.

A second gameplay mode is infinite mode. As the name implies, there are an infinite number of waves that increase rapidly in difficulty. The player is scored on their progress as well as efficiency. 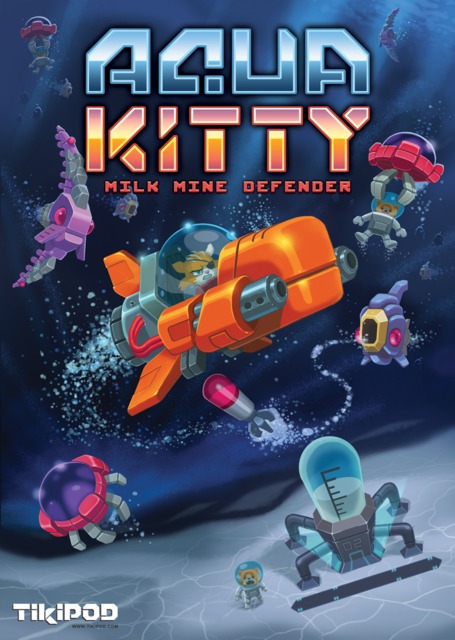