The sixth main installment of the Assassin's Creed franchise, set in the Caribbean during the age of piracy in the early 18th century. Players explore the memories of Edward Kenway, a charismatic pirate (turned reckless Assassin) and the grandfather of Connor Kenway, the protagonist of Assassin's Creed III.
Xbox 360 PlayStation 3 Xbox 360 Games Store PlayStation Network (PS3)

PC Wii U Xbox One PlayStation 4

The sixth main installment of the Assassin's Creed series (and the sequel to Assassin's Creed III), players control an unknown Abstergo employee (in the year 2013, one year after the events of the previous game) who must sift through the memories of Edward Kenway (a notorious and reckless early-18th century privateer-turned-Assassin and the grandfather of Connor Kenway) after the genetic memory of Assassin Desmond Miles was uploaded into the Abstergo servers.

These memories (inside the Animus) take place in the year 1715 throughout the Caribbean and the southern coast of Florida. Edward, as an experienced pirate, travels through the dangerous Caribbean Sea in a major open-world naval experience (including engaging passing ships, surviving tropical storms, fishing/whaling, and exploring distant islands). Other pirates in the game are based on real, realistic pirates (rather than the comedic tropes associated with the era), featuring the famous Blackbeard. Other pirates named include Charles Vane, Calico Jack, Anne Bonny, Ben Hornigold, and a different take on the now-famous Jack Sparrow. A focus upon real-world occurrences, just as in previous games, will be a primary motivation for the narrative - including Bartholomew Roberts' assault on 42 Portuguese ships, the marooning of Charles Vane, and the Spanish Armada shipwreck.

Development began in the summer of 2011 by an entirely new team, as the game was being penned by the scriptwriter of Assassin's Creed: Revelations.

The game shipped on both current and next gen consoles, with PS3 and PS4 versions including "60 minutes of exclusive gameplay" featuring Aveline de Grandpre from Assassin's Creed III: Liberation. Despite these claims of exclusivity, this content is also available on PC.

The game is an open-world naval experience with seamless boarding, tropical storms, harpooning (for whales), and underwater gameplay (exploring shipwrecks - with enemies including sharks). Approximately 40% of the game occurs across the sea, as the other 60% remains on land - with "50 unique locations" including fisherman villages, jungles, temples, plantations, forts, complete islands, and Mayan ruins. Each of the areas have different gameplay focuses. For example, the Mayan ruins are based around puzzle solving and platforming, while the Coconut Islands are inhabited by enemies to fight.

The three largest cities, however, are Naussau (the pirate haven), Kingston (a lively, dangerous town), and Havana (the capital of Cuba). The team that worked on Far Cry 3's open world design pitched in to add to the random elements and overall design of the Caribbean world. Added randomness includes storms and rain, which simple make things wet on land but add dangerous rogue waves and lack of visibility on sea.

In major ports and on minor islands, Kenway can collect treasure chests (some of which include plans for upgrades for his ship), animus fragments ( 200 glowing Macguffins of the past), sea chanties (songs for his crew to sing aboard the Jackdaw), and secret letters revealing the backstory of a mysterious character.

While sailing, randomly generated supplies and shipwrecked crewmen can be collected.

With the addition of free aiming, Kenway can carry up to four guns and use them in one go. Cutlasses, swords, axes, rifles, and pistols are available. Using the d-pad, players select Kenway's primary weapons (swords, hands, or hidden blades) and his secondary weapons (pistols, smoke bombs, rope darts, sleeping darts, or berzerk darts) for use in battle. The same parry-into-combo system from previous games returns, with a successful parry and kill leading into the ability to chain kills quickly. In addition, quickly hitting the secondary button with pistols equipped will fire off a volley of up to four chained shots, potentially killing four enemies in a few seconds.

Kenway now regains health only over time when out of battle, leaving behind the health regenerating potions of previous games. This means that the player must decide whether to run or fight it out when low on health.

Assassination techniques of air, ground, double, and running assassinations make their return. Added here is the ability to tag enemies using Eagle Vision. If the player looks at enemies for a few seconds in this vision mode, a dot will appear over their heads and, upon returning to regular vision, that enemy will be highlighted. Highlighted enemies appear through walls, making awareness of their status and tracking them (especially during eavesdropping missions) far easier.

Kenway's greatest ally is his ship, The Jackdaw. Acquired during the story, the ship grows with the player's input. Salvaging supplies from warehouses or the open sea can give the player materials to upgrade the ship, but in order to truly improve her, the player must fight, incapacitate, and board other ships. Doing so will net the greatest amount of money, crew, ammunition, and upgrade materials in the form of cloth, wood, or metal. Using a spyglass reveals what each ship is carrying, its level (strength vs. the player's strength), and its type (gunboat, schooner, brig, frigate, or man o' war).

Revising the system from Assassin's Creed III, AC IV places each type of ship-board weapon at a different location on the ship. When the player looks forward, they can fire the chain shot, which takes down enemy sails and makes them less maneuverable. Looking to either side brings up the aiming arc of the broadside cannons, the general damage weapon. Simply hitting the fire button from the side view will fire heavy shot, a flaming, short range attack that does massive damage. The back view will fire exploding barrels behind the player. Additionally, when acquired mortars can be fired at any time, with their button generating an aiming circle that can be moved side to side and forward and backward.

Successful destruction of an enemy ship results in explosions and burning sails, but it also gives the player the ability to board the ship. Choosing to board puts the player in control of Kenway with escalating requirements for success based on the power of the ship. While schooners simple require five dead crewmen, man o' wars require 20 dead, a destroyed flag, or killed officers or gunmen, or destroyed powder stores.

Upon successful boarding, the player can choose to repair their own ship by destroying this one, lower their sea-based wanted level by converting the ship, or send the ship to the second-screen and general mini-game Kenway's Fleet.

To take down forts that reveal sections of islands on the map and make areas less dangerous, the player must attack the stationary target while it fires cannon, heavy shot, and mortars at the Jackdaw.

The player takes on the role of an Abstergo Industries employee in October 2013, rather than that of Desmond Miles, who is dead. These sections play out in first-person, with a tablet acting as a map and database access. Later, the player is giving the ability to hack into employee a security computers.

Hacking consists of three variants. One is a spherical puzzle where the player needs to direct the cursor onto a green line. The second is a frogger-like grid where the player's cursor must cross multiple moving lines, some of them red and deadly, to get to the other side. The final is a mathematical graph where the player is given a final number to reach and multiple single numbers to multiply together. Some later terminals require multiple mini-games to break into. Successful hacking reveals recordings of Desmond, subject zero, and emails, books, and movies from Abstergo marketing and development.

Deathmatch - The player is given an assassination contract of another player. This mode is played on smaller maps, where the compass and lookalikes are both turned off.

Wanted - Much like Deathmatch except you are working within a full map, lookalikes are turned on and you have a compass to help you find your mark.

Assassinate - In this mode, no contracts are given, instead players have to discern who other real players are based on their behavior, and assassinate them.

Manhunt - This mode is split into two rounds. In one round one team are the hunters and the other team is the prey. In the second round, the roles are reversed.

Artifact Assault - This mode is essentially Capture The Flag. Players are not allowed to assassinate while in enemy territory.

Domination - This mode is a version of Conquest, where teams must capture and hold specific points on the map.

Wolfpack - This co-op mode tasks players to work together to take down NPCs within a time limit. Synchronized assassinations aren’t necessary, but if players don’t time kills properly, other targets will flee, wasting precious time as you hunt them down to finish the job.

Gamelab gives the player the opportunity to build their own custom multiplayer modes by tweaking over 200 different parameters, such as scoring, ability sets, time limits, weapons, etc. The best community-made modes will grow as they gain followers, and Ubisoft will promote the most popular ones into the public playlist.

The soundtrack was composed by Brian Tyler, with additional music by Steve Davis, Omar Fadel, Mike Kramer, Jeremy Lamb, Matthew Llewellyn, and Robert Lydecker, Sarah Schachner. It was released digitally by Ubisoft Music on October 14, 2013, followed by a Sea Shanty Edition on October 29, 2013, and The Complete Edition with on December 2, 2013. 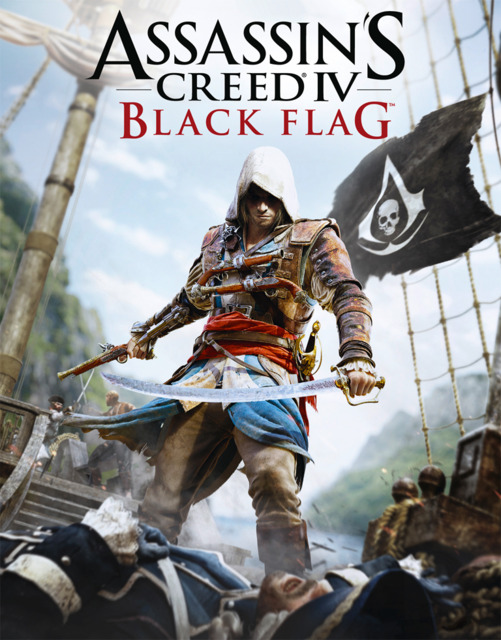