Haven: Call of the King

An action-adventure for the PlayStation 2 about a young man named Haven. Intended to be the first part of a trilogy, the game's poor sales left the story incomplete.
PlayStation 2

Haven: Call of the King is a single-player PlayStation 2 game developed by Traveller's Tales and published by Midway. that is a combination of action, puzzle, and shoot-'em-up styles. Releases were also planned for the Xbox and GameCube by Xicat Interactive, Inc., but they were cancelled. It is rated T for Teen due to Mild Violence by the ESRB. The game was intended to be the first chapter in a trilogy of games, but was a commercial flop upon release. As a result, the story was never finished.

The intro movie shows Lord Vetch for the first time when he gets a call from the Overlord. The Overlord tells Vetch that there is a boy who knows about the Golden Voice. The Overlord asks if he should be executed, but Vetch thinks Haven should be watched closely instead. At the end of this call, the game shows Haven in his house building a robot bird. When it fails to work, he pounds it and it comes to life, creating Talon. He exits his house, but his boss is outside. Apparently, Haven had accidentally hurt his boss's foot with his pickaxe, thinking it was a rock then claiming anybody could have made that mistake. When Talon trips the boss causing him to fall into a bucket of feathers, Haven runs into a cave where a guard is asking Chess questions. The guard tries to shoot Haven, but misses causing the cave to collapse.

This is the first time the player gets to play Haven. The player must get Haven to escape the mine without being crushed by rocks. At the end of the mine, another cutscene shows him tripping over a rock.(this is unpreventable). He then wakes up in Doctor Spong's office where Talon stops to recharge. When he exits the house, the game begins.

By the end of this game, Haven is chained to a rock, the king is killed, Vetch escapes, and it's revealed that Chess is a traitor. If the player has collected all of the runestones, completed all the runes challenges and has all of the black diamonds, an alternate ending can be viewed. 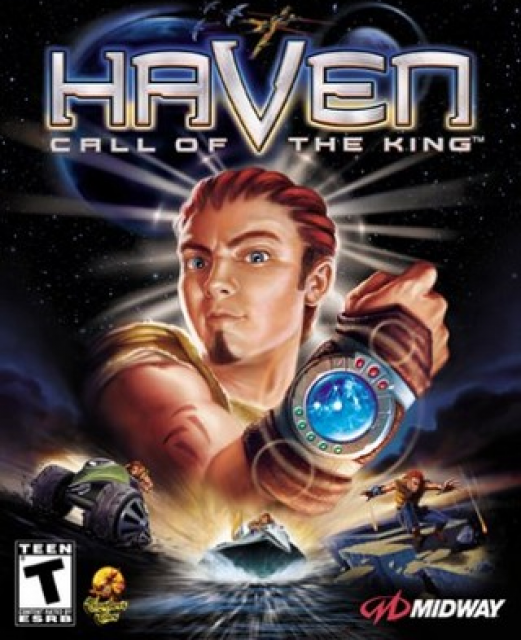