Allegiance is a hybrid RTS/action space sim originally developed by Microsoft Research Games, made open source in 2004 and now completely free and community-maintained. The game features 2 or more teams building bases and dogfighting it out with a variety of ships over multiple star sectors.

Allegiance is a game that made a relatively small splash in gaming, but brought some innovative ideas to the industry. Originally released in 2000, Allegiance found relative success and fanfare when it was in development but, through a series of issues, had problems maintaining traction after launch. Despite positive reviews of its squad-based mix of real-time strategy and first-person shooting, in a way Allegiance was a game that came out before its time. While large multiplayer shooters with base-building elements are an accepted form of gaming now, no game had really done it before Allegiance. It was marketed as a "massively multiplayer" at a time when few really knew what that meant – Microsoft's marketing department apparently included – and alongside the new MMOs of the time like Ultima Online and Everquest, it sounded small and incomplete.

Allegiance games revolve around two (or more) teams competing for control of a series of sectors in space, joined by "alephs", or wormholes. From a first- or third-person perspective, players control their ships - fighters, scouts, interceptors, bombers - following orders from another player designated as the Commander, who also is able to direct AI ships such as miners and constructors. Starting out with one base, one miner, and a small amount of resources, teams must work together to expand their territory, protect their vulnerable miners who gather resources from asteroids, and ultimately destroy the enemy team.

Players give each other commands either through the canned voice chat system, clicking on their own HUD in flight, or using a sector-wide view. While the Commander is managing the resources - upgrades and new bases are necessary to stay competitive with the enemy team - each player is working on tasks like dropping stationary probes, finding alephs (wormholes, remember), defending, or assaulting enemy bases.

The complexity of the game was the major stumbling block mentioned in the otherwise very positive reviews of Allegiance. The success or failure of your team depends critically on each player carrying their weight and your Commander (or you, if you're brave) knowing exactly what needs to be researched and what operations need to be carried out - a misstep against an experienced Commander will basically make the game very obviously unwinnable in short order. Bottleneck sectors occupied by an enemy outpost (a constructed base where players can respawn) can mean life or death, and an early outpost or teleport near your home garrison base can turn an entire game into a constant defensive panic. This, along with the confusing marketing and consumers which in retrospect did not seem ready for a complex cooperative large-scale multiplayer game, planted the seeds for its slow decline into anonymity.

After four months in beta Allegiance was released in March 2000. By 2002 Microsoft had shutdown the game’s official servers. Microsoft used Allegiance as its first wide-scale test of its Zone matchmaking system and DirectPlay, and it’s believed by the Allegiance community that a number of patches over those two years, causing severe and sporadic latency issues, were primarily to blame for the game's eventual death. The two years after 2002 found Allegiance flying about the Internet as a somewhat rudderless ship, as a highly dedicated and motivated player base tried to find some way to continue to play the game they bought and loved. In February of 2004, Microsoft Research Games took the unusual step of releasing the source code for Allegiance, for free, on their website. It was adopted by a community of maintainers and developers who maintain it to this day at freeallegiance.org, where you can download the client and play online through their servers, for free. 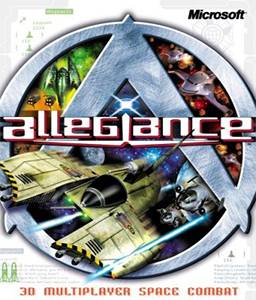