An action brawler game for the PC Engine that homages tokusatsu TV shows such as Super Sentai or Kamen Rider.

Cyber Cross is a side-scrolling superhero themed action brawler. The player controls a scrappy youth that is able to transform into a masked superhero by collecting one of the power-ups that occasionally fly across the screen. The masked form is stronger and has access to several different weapons, such as a beam saber and a laser pistol. The goal is to walk to the right while defeating or evading enemies and eventually taking on one of the antagonists' henchmen in a one-on-one battle.

The game is a loving homage to tokusatsu TV shows, such as Kamen Rider and Super Sentai (or, for a Western example, Mighty Morphin Power Rangers). Each stage ends with a boss battle against a comical opponent and the transformation sequences are choreographed in a manner similar to famous tokusatsu shows. It follows the thematically similar Kaizou Choujin Shubibinman and Wonder Momo. 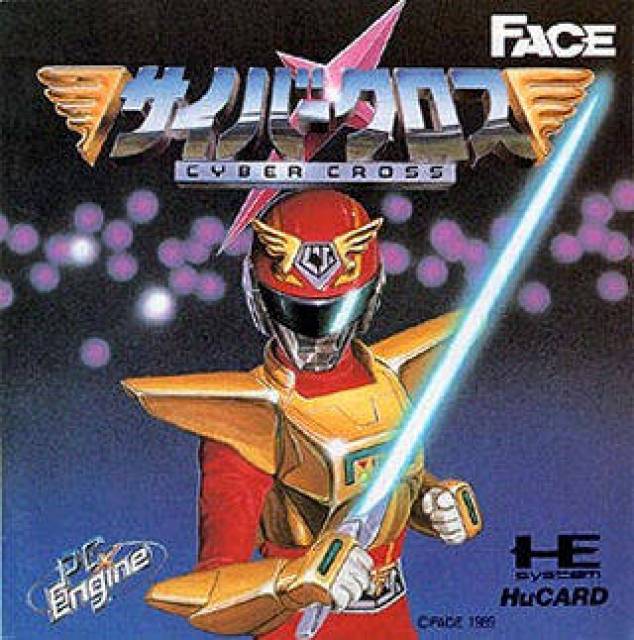