Tower of Saviors is a "freemium" mobile game for iOS and Android that combines elements of collectible card games, role-playing games, and "match-three" puzzle games.

Tower of Saviors is a multigenre mobile game for iOS and Android devices that is free to play. Although it is not the first to do so, Tower of Saviors combines elements from collectible card games, role-playing games, and puzzle games with "match-three" gameplay. However, unlike its predecessors, Tower of Saviors utilizes an "antique" art style to complement its fantasy and world mythology themes. Although it is not possible to trade monster cards with other players, other players still have an effect on gameplay through the game's "ally" system, which allows a player to borrow another player's card for a single play session and use it as part of a six-card team.

The game's story starts with the Enochian Tower and the humans' attempt to build it in order to reach Heaven. Devils in Hell find out about the tower and try to use it to invade Heaven, but the gods stop the devils by breaking the top of the tower and sealing the devils inside. Even with the major threat contained, conflict between the gods, humans, and devils continues. The player takes the role of one of many summoners given the difficult task of unleashing the seals placed on the tower and wiping out the devils within.

In Tower of Saviors, the player tries to manipulate runestones in a "match-three" grid to defeat enemies and prevent the team's hitpoints from depleting. Various factors affect the final outcome, including elemental damage types and resistances, card skills, and characteristics of certain enemies.

At its most basic level, the gameplay is a variant of typical "match-three" puzzle gameplay. The player must move a runestone along a six-by-five grid within a time limit to create matches and chain combos. Unlike typical "match-three" games, the player can move this runestone as far as he or she likes, up to the time limit. No actual penalty exists for reaching the time limit aside from being unable to move the runestone any further, and time does not start until the player selects a runestone to move and starts moving it.

Once the player stops moving the runestone or time expires, the turn ends. Matches are converted into attacks or healing according to the attack or recovery stats of the cards in the player's team, and combos increase a multiplier applied to the final attack and healing values. Furthermore, the elemental type of each attack and the element of the target enemy can affect whether the attack does more or less damage.

An important part of the game is the ability to capture the card of a defeated enemy. Once per wave of enemies, the player has a chance to capture an enemy's card. This card can then be used as part of the player's team, or it can be sacrificed for experience given to another card. Certain cards can also be sacrificed to evolve another card that is at its maximum level.

Affecting various parts of the basic gameplay, card skills fall into two types: active and leader skills. Each card has one active and one leader skill. Active skills take a certain number of turns, represented as the CD stat, to charge, and they have to be manually activated to be used. Most active skills range from skills that change runestones on the play field to skills that deal direct damage, but some inflict effects or do other unusual things. Leader skills are stronger, passive skills that affect the whole team, but only the skill of the team's Leader card, and sometimes the Ally card, will apply. Leader skills are highly varied, but many apply a multiplier to the stats of certain cards that follow a particular rule. Most experienced players will build their teams based upon the Leader card's leader skill to maximize its effectiveness.

Tower of Saviors features an ally system that allows a player to borrow a specific card from another player for the duration of a single mission. The player is presented a list of ally candidates from three strangers and all of that player's friends who were online since the player last selected their Ally card. If the player chooses one of the three strangers' Ally cards, then the player will be presented with an option to add that stranger as a friend at the end of the mission to select again later. The stranger will then have the option to accept or reject the player as a friend. However, the player will only get to use the Ally card's leader skill if it belongs to one of the player's friends. The ally system is also important for accumulating "friend points," which are used to receive draws to earn additional basic cards at random. Players receive only half of the friend points when they select a stranger as their ally, which encourages players to choose friends instead even if they don't need to use the Ally card's leader skill. 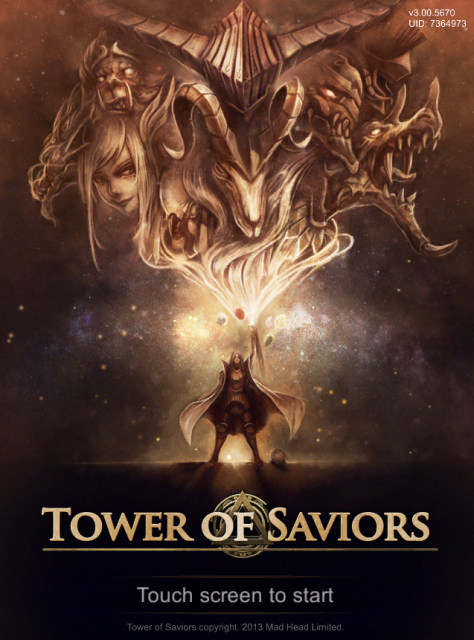