One of the earliest side-scrolling run-'n'-gun games, Hover Attack is a game for Japanese computers in which players control a mechanized "Attacker" that can leap with jet thrusters, fire a barrage of missiles, and dock with a companion hovering Carrier to refuel.

Hover Attack is a sci-fi side-scrolling run-'n'-gun game released by Compac for the Sharp X1, NEC PC-8801, and FM-7 computers in 1985. It was originally released as a "type-in game" for the Sharp X1, included in the August 1984 issue of the Japanese microcomputer magazine I/O.

One of the earliest examples of a side-scrolling run-'n'-gun game, Hover Attack has players controlling a mechanized robot (the "Attacker") equipped with jet thrusters and long-ranged missiles as they push their way to the end of the stage (fighting various turrets and enemy Attackers). Due to their limited fuel and ammunition, the player's Attacker can dock on top of the player's mobile Carrier, which despite its limited maneuverability has infinite short-ranged missiles and can refuel and restock the Attacker.

It later received an updated port by Mindware, released digitally for the PC on December 30, 2021. Along with ports of the original I/O and retail versions, the game includes an enhanced remake known as Hover Attack 3671. The tenth game in the studio's "Video Game Classics" series, Hover Attack 3671 builds on the original game's aesthetic and gameplay with improved controls, smoother gameplay, new abilities, alternate Attackers, an updated user interface, widescreen support, a new soundtrack, updated sounds, and custom level support.

It is widely believed that the game was the direct inspiration for the 1999 Nintendo 64 game Bakuretsu Muteki Bangai-O. 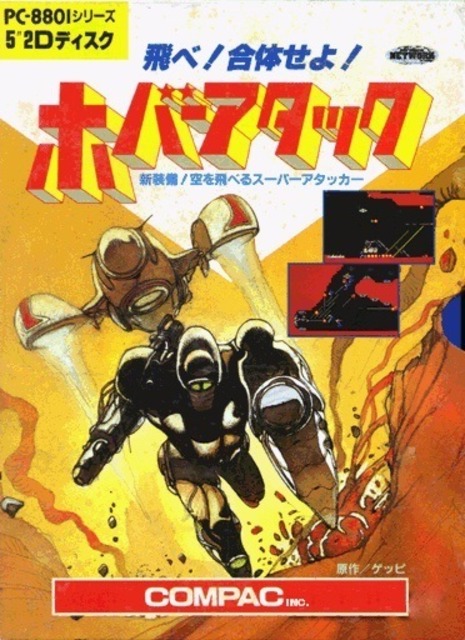