There is a version for the Xbox, PS2, Gamecube and Wii that can be reached here.

Splinter Cell: Double Agent has two iterations, and this version of the game was developed by Ubisoft Shanghai, which released on the Xbox 360, PC, and the PlayStation 3. The other version was created by Ubisoft Montreal and released for original Xbox, PlayStation 2, GameCube, and the Wii -- differences are detailed below.

The story follows our protagonist, Sam Fisher. Upon discovering the death of his daughter Sarah Fisher, Sam falls into a deep depression. This causes him to fall out of active duty due to an inability to focus on work. Lambert offers Sam a deep undercover position as a Non-official Cover Operative (NOC). NOC operatives are used to infiltrate terrorist organizations which the government denies all connection to.

Sam Fisher accepts and is sent to Ellsworth Prison in Kansas to get close to Jamie Washington and help him escape prison. Sam's intent is to infiltrate the John Brown's Army (JBA) and gather intelligence on the JBA to find out what sort of terrorist events they are planing, and if need be, stop them. The plot can at times go in different directions, as you can choose decisions Sam is forced to make, and these decisions affect your relationship with both the NSA and the JBA.

Splinter Cell: Double Agent plays very similar to past Splinter Cell games. The game is based around stealth and deception. There are two major gameplay levels in the game. The first is a general mission where the player moves from Point A to Point B, while completing various objectives for both the NSA and JBA. These styled missions are classic Splinter Cell missions. The other major gameplay level takes place in the JBA headquarters.

You are given a list of Major Objectives and Sub Objectives from both the JBA and NSA. You, the player, get to decide what missions you do, but each affects your standing with each party. The game tracks your trust level for both the JBA and NSA and each mission pass or fail can positively or negatively affect each level. These decisions greatly effect the story of the game, and depending on which choice you make the storyline changes. Also at the end of the game you will be forced to make a choice that may change Sam's life forever.

The style of play is similar to previous entries in the series with Sam still having access to most of his gadgets from previous games like the SC-20K Rifle, SC Pistol and the famous Night Vision goggles, though there are some new additions like sections played entirely during day time.

In this mission Sam starts on board of the Osprey, with rookie agent John Hodge, together they need to infiltrate a geothermal plant, where Islamic terrorists are planing a missile strike. The place is filled with guards, electrical fences and alarms. After things didn't go so well Fisher is received by Colonel Irving Lambert aboard the Osprey to deliver some bad news to Sam.

After the NSA has set up Fisher to infiltrate a Domestic Terrorrist organization known as the John Brown's Army (JBA), he is sent to Ellsworth Prison in Kansas, there he meets Jamie Washington, a JBA member that is held in the same cell block as him, after digging a tunnel for six months, Fisher and Washington manage to escape the prison. Sam is accepted as a member of the JBA for helping Washington.

Inside the JBA compound, Sam is received by Emile Dufraisne, Leader of the John Brown's Army. Immediately after arriving, Sam faces his first big decision in the game, he's told to shoot Cole Yeagher, the pilot of the helicopter used to escape Ellsworth Penitentiary. Now Fisher needs to decide if gaining the trust of his new boss is more important than the life of a man.

Sam is now sent on a mission for the JBA on the sea of Okhotsk in Russia, he needs to highjack an oil Tanker so JBA's ally Massoud Ibn-Yussif can deliver a bomb that is part of the JBA's plans to attack the EUA. Sam has radio support from Enrica Villablanca , and after having some problems with his parachute, he proceeds to recover his lost equipment and take over the oil ship. The place is often hit by snow storms that Fisher can use to his advantage, the stage also features some underwater sections.

After finishing the mission in Okhotsk Sam goes to Shanghai, there he is ordered to record a meeting between Emile and Pakistani nuclear scientist Dr. Aswat. The JBA leader and the Doctor are negotiating on a Red Mercury deal, in the meantime Third Echelon orders Fisher to steal a sample of the explosive material from the meeting room, while JBA Carson Moss wants Sam to steal the doctor's notes. The NSA now wants fisher to kill Aswat.

This stage basically revolves around assembling some mines for a later mission in the game, and also features some small objectives from both NSA and JBA. The mines are assembled through a minigame where the player needs to align and put cylinders inside tubes to create the mines. We also see Sam using his charms with Enrica to get out of a sticky situation, and get hinted that they may be more than just partners in crime.

After the Red Mercury deal, the JBA constructs a bomb, which they wish to test first, Fisher is then sent to Cozumel to blow up a cruise ship filled with tourists. The place is under a bomb alert so civilians can't leave their rooms, including Sam; so he has to sneak his way through the ship to detonate the bomb. This stage features one of the three major decisions in the game and is up to players decide if they want to detonate the bomb or not. Both decisions will have a high impact on how the story unfolds.

This mission features the same dynamic as the previous JBA stages, alternating between normal areas to restricted zones, and giving the player both primary and secondary objectives. One of this objectives has Sam decrypting an e-mail to find out if Massoud is double crossing the JBA, failing the decryption minigame will make Sam lose JBA trust. The NSA also wants him to get visual proof of the bomb built by the the terrorist group. This stage will play out the events of the cruise ship depending on the player's decision on the previous mission.

Fisher is sent to Kinshasa as Emile's bodyguard. There the JBA leader will meet with Alejandro Takfir and Massoud Ibn-Yussif, both JBA allies, to discuss their plan to attack the EUA. After bugging the meeting Fisher finds out that they plan to destroy Mexico City, Los Angeles and New York city using the Red Mercury bombs. It also discovered the existence of another double agent inside JBA and Emile orders Fisher to kill the infiltrator. This mission is played out entirely during daytime and depending on the player's decision a whole new section of the stage is unlocked.

The "final" mission starts off with one of the most striking decisions so far, that will directly affect the game's ending. Colonel Irving Lambert is captured by the JBA and Sam is ordered to shoot him. Depending on what the player chooses to do, the stage will play out completely differently from the start. Whether you kill Lambert or not, the main objective of this mission is to disarm the bomb and avoid the attacks. Fisher will have to make his way through the underground levels of the JBA Headquarters, where Emile and a group of scientists have the bomb ready to detonate. It is also possible to unlock a final bonus level depending on your actions on previous missions.

This Epilogue stage will only be unlocked depending on the player's actions on the previous missions. The mission takes place inside of a Coast Guard boat and has Fisher running against the clock to defuse the bomb (players have 10 minutes to complete the objective). This ending is the only one that ends with "to be continued.." hinting, at the time, to a possible sequel.

Tom Clancy's Splinter Cell: Double Agent's multiplayer has the return of the famous Spies Vs Mercs mode introduced in Pandora Tomorrow, where heavily armed mercenaries fight against quick and nimble spies. The spies have to download and extract files back to their insertion points, while the Mercs simply need to stop them. Spies can't take much damage but are very skilled in stealth and can take out enemies quietly using gadgets etc, while Mercenaries can use heavy firepower and takedowns to take their sneaky adversaries out. Spies are controlled from a third person perspective like in the single player game, while the Mercenaries are played from a first person view. The game features up to six players in a match, across over ten maps.

While Ubisoft Shanghai crafted the Double Agent for Xbox 360, PlayStation 3, and PC, Ubisoft Montreal crafted the Double Agent found on the Xbox, PlayStation 2, and Wii. While both renditions feature the same story line and plot, the level design, graphics, and gameplay differ between the Shanghai and Montreal versions of the game. The Montreal version of the game plays more like previous Splinter Cell titles, and brings back a few mechanics from previous titles for good measure, including the light meter and sound meter respectively. The trust meter is implemented in the game, but is handled completely different. Trust is now like a power struggle, and you must balance your trust between the JBA and NSA equally. The consequences of completing or ignoring competing faction objectives will result in what equipment and weapons you will have on your next mission and even what mission you will be assigned next. The only variation in story is that the plot is told as a recollection of events between Williams and Fisher over a phone conversation, and the choices you make while playing the game affect what is discussed in the conversation. Some of the writing has been redone also in Montreal's version and the endings of both games differ. 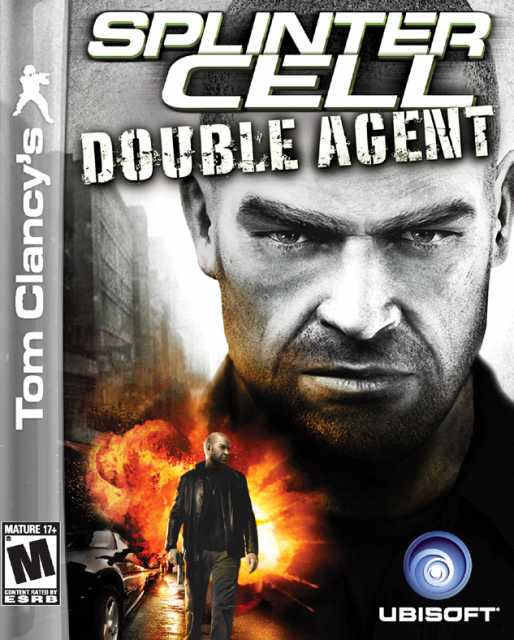