Rise of the Tomb Raider

A follow up to 2013's Tomb Raider reboot. After the events of the previous game, Lara spends one year searching to explain what she saw. Her quest to explain immortality leads her to Siberia, home of a mythical city known as Kitezh.
Xbox 360 Xbox 360 Games Store

The second game in the rebooted Tomb Raider canon has Lara deal with the consequences of the events of the first game and accept newfound identity as a survival specialist and adventurer. The game was developed by Crystal Dynamics for the Xbox One and Xbox 360, releasing November 10 2015 on those platforms. The Xbox 360 version was handled by Nixxes Software BV. A PC version saw release on January 28 2016, with a PS4 version releasing November 11 2016.

Building upon the previous game and taking cues from other franchises, Lara can now swim underwater, hide in foliage, and climb trees. There is also much more emphasis on "tomb raiding" than there was in the previous game.

In addition to the campaign, Rise of the Tomb Raider features four Extra Game Modes under the Expeditions heading:

In Rise of the Tomb Raider players are able to customize a number of Extra Game Modes with the use of Expedition Cards. Expedition Cards modify the nature of the game (Big Head Mode, extra damage, always on fire, etc.) and are bought in randomized packs using game credits or by purchasing them from the marketplace. The game also gifts the player card packs for achieving certain mission objectives. Expedition Cards can only be used for games modes within Expeditions.

Selection of one of three visual modes: 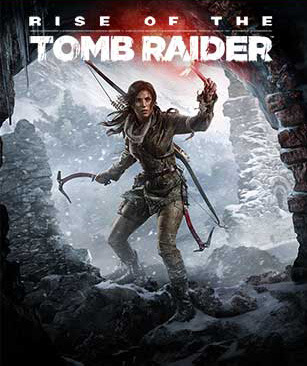