The long-running Battlefield series goes even further back in time in the 15th installment, this time to the first World War.

Battlefield 1 is a historical-military first-person shooter developed by DICE and published by EA Games for the Xbox One, PlayStation 4, and PC on October 21, 2016.

Despite the naming convention, Battlefield 1 is the fifteenth installment of the long-running Battlefield series. It brings the series back to the early 20th century, this time during World War I (the first AAA first-person shooter to do so).

Unlike previous entries in the series, the game's single-player story is not focused on a particular character or squad and, like early Call of Duty games, puts the player into the role of several different Allied soldiers throughout the world.

It runs on an updated version of the Frostbite 3 engine.

The standard 64 player multiplayer returns in Battlefield 1 with several new features in and out of combat. These include the following:

Also new to the series is the Operations mode, a more narrative-driven experience that takes place across several maps. Operations campaigns are based on real battles of World War I, and task an attacking team with capturing every sector on every map in the campaign. The defenders must exhaust all of the attackers' reinforcements to win the match. In each campaign the attacking team has three batallions, or attempts, to win the match.

There are 11 factions in Battlefield 1's multiplayer:

The British Empire committed millions of men to the war, including many from British colonies. As a dominant naval power and Germany's primary opponent in the air, the British played a significant role in all aspects of the Great War and were the first nation to use tanks in battle.

Early in the war, in September 1914, the British Expeditionary Force played a key role in assisting the French in counterattacking against the Germans in the First Battle of the Marne, an Allied victory that led to the creation of the long-lasting stalemate. A few months later they would launch the disastrous Gallipoli Campaign against the Ottoman Empire.

The British Royal Marines took part in the naval campaigns of the war, orchestrating the daring Zeebrugge Raid and the amphibious landings against the Ottomans at Gallipoli.

Germany, as it would again in World War II, fought a two front war against the Allies. As one of the nations at the forefront of the Western Front, Germany took part in iconic battles, including the Battle of Verdun and the Battle of the Somme. Germany pioneered many technologies and strategies during the war, including the first full-scale deployment of chemical weapons and unrestricted submarine warfare.

Germany's opening move in the war hinged on a controversial plan to sweep through Belgium and attack northern France with a decisive blow. Despite encountering unexpected resistance from the Belgians, the Germans managed to reach France and came within striking distance of Paris. Changes in troop movement and strategy then inadvertently created an opportunity for the French and British to counterattack, a successful series of battles known collectively as the First Battle of the Marne.

The Germans nearly won the war again in 1918 with a massive Spring Offensive, but fatigue and strained supply lines put a stop to the push. The German population suffered greatly in the later stages of the war as a result of a British blockade that continued into the summer of 1919.

For two and a half years the United States remained militarily neutral in the Great War while contributing supplies to the Allies.

In 1917, as the British and French struggled to continue the war after two years of brutal fighting and the Russian Empire began collapsing into civil war, the Americans were finally brought into the conflict when Germany's submarine warfare began hitting American ships. This boost in fresh manpower gave the Allies an edge in the final months of the war.

France suffered the second highest Allied casualty rate in the war, after Russia. The French were instrumental in holding the Germans along the Western Front, though by 1917 were beginning to experience mutinies as a result of tremendous war weariness.

However, their victory in the Second Battle of the Marne in 1918 would kick off the string of victories that led to an Allied victory.

The Ottoman Empire achieved early victories in the war, winning important battles against the Russians and the British.

It was during the Great War that the Ottoman government orchestrated the Armenian genocide, and the Central Powers' defeat in 1918 directly led to the collapse of the Ottoman Empire in 1921. This would have long-lasting impacts on the the future of the Middle East, many of which are still felt today.

Italy occupied a unique space during the war, doing battle against the Austro-Hungarians in the mountainous terrain of the Alps and the surrounding region.

The Italians suffered defeats after Russia ducked out of the war and the Central Powers consolidated its Eastern Front forces against them, but were able to regroup and win the decisive Battle of Vittoria Veneto in 1918.

Austria-Hungary in the Great War represented the final stage of life for the centuries-old Habsburg Empire, which saw its official end at the conclusion of the conflict.

Austria-Hungary was the first state to declare war, doing so against Serbia after Archduke Franz Ferdinand was assassinated. The Austro-Hungarians fought the Italians in the mountains and the Russians along the Eastern Front.

The Russian Empire suffered the greatest number of casualties in the war and were so badly affected by the conflict that the nation was knocked out of the war by a civil war in 1917. They achieved early victories in 1914 by surprising the Germans with their quick mobilization.

The White Army were loyalist imperial forces that fought against the Bolsheviks in the Russian Civil War.

The Red Army successfully overthrew the monarchy in the Russian Civil War, a victory which led to the founding of the Soviet Union.

They Shall Not Pass

The first expansion introduces the French Army to Battlefield 1, with six new maps based on the fighting between the French and the Germans along the Western Front. It also brings with it six new weapons, three new vehicles, and six new melee weapons.

In the Name of the Tsar

The second expansion introduces the Russians to Battlefield 1, with six maps focusing on their battles against the German and Austro-Hungarian Empires, as well as the Russian Civil War. The expansion also includes eleven new weapons, four new vehicles, and three new melee weapons.

The final expansion for Battlefield 1 sees the Italian Campaign to its conclusion and brings in two of the most famous battles of the war. The expansion features three new maps, seven new weapons, two new vehicles, and three new melee weapons. In addition, the expansion adds a new AA rocket gun to the Assault class and sees the return of the dogfighting mode from previous games, with two maps exclusive to the mode. 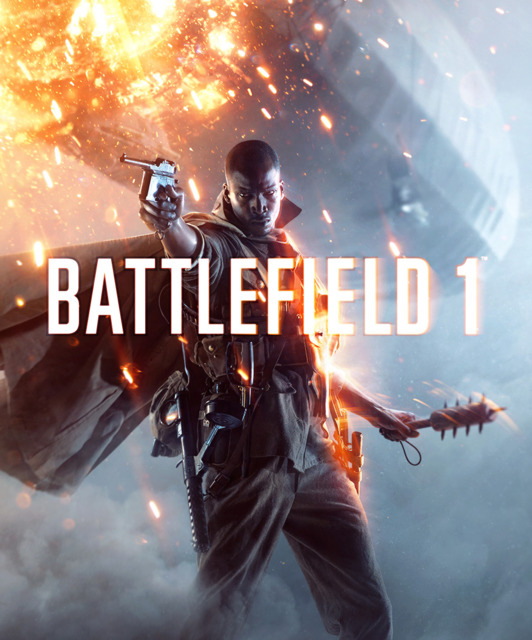