Go behind the visor as players take the role of RoboCop, clearing the streets of Neo Detroit from crime.
PlayStation 2

RoboCop is a first-person shooter that is set after the events of the theatrical movies. The 2003 title puts players in the role of Delta City's cyborg police officer with 6 different weapons to acquire and 9 levels to venture through.

Gameplay is like many first-person shooters but with a couple of differences. Players have 3 different enhanced vision modes that can be activated: radar, zoom, and thermographic. Gameplay also supports a felony meter that is located in the game's HUD. When players disobey one of RoboCop's programmed prime directives, such as killing innocent civilians, the felony meter will fill and eventually shut down RoboCop if full. The game also allows players to arrest criminals, an action that can be taken when an enemy surrenders. 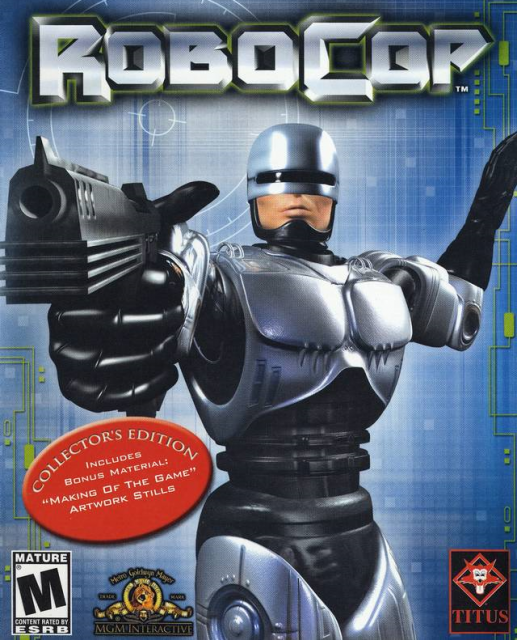