Yooka-Laylee is a spiritual successor to classic 3D platformers, such as Banjo Kazooie, from former RARE developers at Playtonic Games. Playtonic crowdsourced the game's funding through Kickstarter, achieving their goal within 40 minutes.

The game stars a chameleon named Yooka and a bat named Laylee who team up together in a similar fashion to Banjo and Kazooie. It is developed by Playtonic Games, a team made up of former Rare veterans responsible for the Donkey Kong Country series and the Banjo-Kazooie series. On July 30 2015, it was announced that Playtonic had partnered with Worms-creators Team17 to publish the game and port the internally developed PC and Wii U versions to PS4 and Xbox One. They are also looking into a retail release due to Team17's experience in that area.

The game is similar in scope to classic collectathon 3D platformers such as Mario 64 and Banjo Kazooie. From a hub world players enter one of several levels with the goal of collecting Paigies, which in turn unlock other worlds. Although some Paigies are given out freely or simply found in the environment others are locked in cages, which signify a puzzle must be solved to free it. The game differs from it's brethrin in that in addition to unlocking worlds Paigies can also be used to expand unlocked worlds. These typically take the form of new land masses or items apparing that allow further expansion of the level.

On May 1 2015, Playtonic Games launched its crowdfunding campaign on Kickstarter for Yooka-Laylee with a funding goal of £175,000 which was reached within 38 minutes, racing to the final £1 million stretch goal and passing it within less than a 24 hours, ensuring a simultaneous release on all platforms.

The Playtonic guys have been upfront about the intentions with this campaign, stating that they had ensured enough personal funds to take them through development of the game regardless and the Kickstarter would only help them expand the game and bring it to consoles faster. 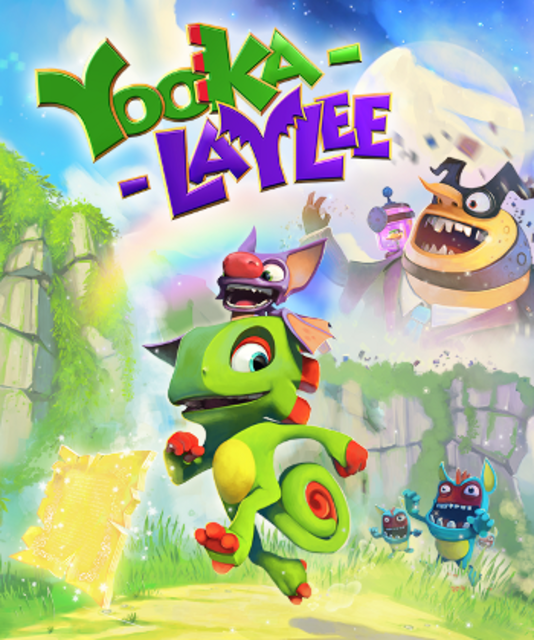