An upgraded version of the 2013 XBLA title featuring all the DLC, brand new animations for both humans and zombies, improved interface and increased graphics quality.

State of Decay: Year-One Survival Edition is an upgraded version of State of Decay developed by Undead Labs and published by Microsoft Studios. This version includes both the Lifeline and Breakdown expansions, native 1080p resolution for Xbox One owners, new textures and lighting, an increased draw distance, brand new character animations and a improved interface for weapon and item management.

The game will be released on April 28, 2015 at retail and digitally on the Xbox One and via Steam on the PC. Xbox 360 user who purchased the game on XBLA will receive a 33% discount on the Xbox One digital version. 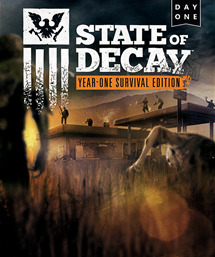