A fantasy JRPG developed for mobile devices, the story of a young skyfarer who seeks out their father, picking up several friends and enemies along the way. Includes music and artwork from former Final Fantasy designers.

Granblue Fantasy is a role-playing video game developed by Cygames for Android and iOS, and can be played through some web browsers. The game was released in Japan in March 2014. It does not have an official Western release, but there is an "International" edition where most of the game is subtitled in English. The game is notable for reuniting music composer Nobuo Uematsu and art director Hideo Minaba, who previously worked on multiple Final Fantasy titles together.

The Captain (the player character, either Gran or Djeeta by default) and their winged lizard-like friend Vyrn are relaxing in the town of Zinkenstill, when The Captain inadvertently comes to the rescue of a girl named Lyria and an Imperial Officer named Katalina as they try to escape from the Empire. However, the Captain suffers a mortal wound during the fight, forcing Lyria to merge her soul with them in order to bring them back from the brink of death.

With the Captain and Katalina's fates now tied to Lyria, the three of them decide to head to the island of Estalucia, both to escape from the Empire and find clues about the Captain's estranged father.

Unfortunately, Katalina's poor piloting skills cause them to crash-land elsewhere in the Port Breeze Archipelago. The trio look for a working airship and a pilot to steer it, and end up meeting Rackam, an odd helmsman working on an airship that has been broken for years. At first, he's reluctant to help them. However, after the Empire follows them to the island, the party convinces Rackam to help them fight off the Imperial soldiers chasing them, and in return help him finish repairing his airship, The Grandcypher, to make it skyworthy.

As the Captain travels across the skies, gathering up more allies on their journey and fighting Primal Beasts, the crew find themselves slowly dragged into a plot involving the mysterious Black Knight, the doll-like Orchis, and the history that the Empire seeks to keep secret while they pursue Lyria.

First, the player selects their class from a list. They start as a default Fighter, but can later switch classes to a different specialty as they wish, or unlock more powerful classes later in the game. If they have maxed out a class level, they can gain a "subskill" from that class to equip with any other class. Furthermore, the player must select a weapon that is compatible with that class. Each class can only use one of two weapon types.

Next, the player can choose up to five units they currently own to deploy on the battlefield with The Captain as four active units, and two sub units, who will be swapped in to replace any active party members are killed. The player can also choose up to five Summon creatures, with one leader providing bonuses to the party throughout the stage, and one extra Summon from their friends list or a random player.

Once a stage has been selected and any cutscenes have been viewed or skipped, the player will find themselves in 1-3 battles depending on the selected challenge. The player must combine their characters' strengths and weaknesses to progress through the game. The player can use as many skills as they want, and one Summon, provided they are not on cooldown. The turn only progresses once the player has selected the Attack command. Once the party's attack is over, the enemy party will attack with their own skills.

If any player characters meter reaches 100%, they will launch a Critical Art (C.A.) with their next attack. If multiple characters launch their C.A. at the same time, a Burst attack follows that will match the element of the first character to use a C.A. The player has the option to order their party to hold their C.A. until everyone has a full meter.

Likewise, enemy characters have a given number of charge diamonds, and when they are filled, they will release a special skill of their own. Boss characters may have an Overdrive meter that fills when they are attacked, making their own attacks and skills even more powerful than before. However, the player's party can use their own skills and attacks to send an enemy from Overdrive status into Break, where their attacks and defenses will be weaker for a short period.

All units in the game fall within one of six elemental affinities:

Most standard battles will be resolved depending on elemental advantage between the attacker and the target(s):

Light and Dark affiliated units are weak to each-other's attacks, but are neutral against all other elements.

The game runs off a gacha system, where characters, weapons, and Summons are gained primarily through in-game currency of crystals which can be purchased with real money, or earned by completing tasks in the game. Each draw may contain special weapons that add their attached characters to the party. Characters, summons, and weapons are ranked (from rarest to most common) as SSR, SR, R, or N 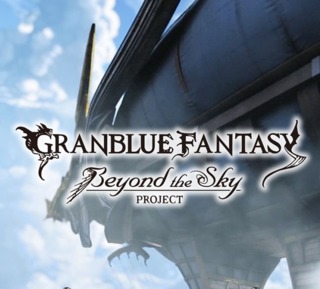