The semi-sequel to the 1982 sci-fi horror film.
PlayStation 2

The Thing takes place shortly after the film's ending. You play Captain Blake, the leader of two American Military teams sent up to the U.S. Antarctic research station (Outpost 32) by Colonel Whitely, to investigate reports of strange things going on. You find the research station burned to the ground, a UFO buried nearby and the deceased body of Childs, one of the people who was working at the station. Having no idea what's going on, your investigation of the outpost along with another nearby outpost, you discover something more horrifying than you could ever imagine, shape-shifting aliens, from another world.

The teamwork system allows players to heal, interact, and trade weapons/ammo with teammates who are not infected. If you need health, the medic will know to heal you without you telling him to. In the same way the engineer will also do his job, usually repairing a blown-out fuse box, when you order him to. Your squad members can be either medics, soldiers, or engineers, each with their own respective job.

The game implemented a fear system and trust system that affected the behaviors of your NPC allies. Trust your allies had in you was largely swayed by the killing of other allies in the belief that they had been infected. If a teammate was infected and the player killed him, others in the group would praise you for it, as it was inevitable that the teammate would have turned and attempted to kill the player and the rest of the team. However, if the murdered teammate was not infected, allies lost their trust in you. If your allies' trust in you got too low, they eventually tried to kill you. Teammates would also become fearful given the environment. If an area is painted in blood, or if there are bodies or wreckage, or a large number of Things, or a Thing of exceptional size, your team would become fearful. Your teammates would deal with their fear in one of three ways:

1.) They would retreat from whatever is making them scared.

2.) They would start firing regular weapons and the far more precious flamethrower indiscriminately. At this point, the ally would probably be more harmful than helpful, so the player could kill the teammate without any negative (or positive) recourse.

3.) They would commit suicide.

The weapons in the game are just your average shooter weapons, such as pistols, shotguns, SMGs, and assault rifles. The only special weapons are flamethrowers and torches, which are used to ignite infected enemies. 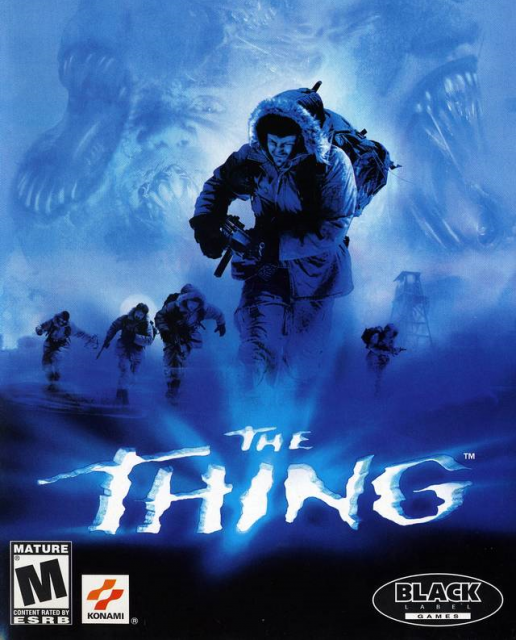