Platoon is the video game based off of Oliver Stone's "Platoon".

Platoon is an action game based on the 1986 movie of the same name. Though the film carried a stringent anti-war message and was not an action movie in the traditional sense, the game adaptation is a Vietnam War set shooter. The protagonist, Chris Taylor (played by Charlie Sheen in the movie), must somehow survive the war despite being stuck between hostile North Vietnamese troops and the ruthless officers in command of his platoon.

The game was originally released on DOS and other home computers by Ocean Software, a British development and publishing studio that largely fared in poor quality license games. It was later ported to the NES by SunSoft.

The game changes gameplay modes in every one of its four levels:

The first is a side-scrolling action type game in which the player must maneuver through a jungle maze in order to reach a bridge lined with explosives.

The second begins once the player finds the tunnels and switches to a first-person view. These sections play like first-person dungeon crawler games like Wizardry, though the player is required to gun down enemies when they appear.

The third stage is a turret shooter, where the player is trapped in a foxhole and must repel oncoming enemies obscured by the darkness.

The fourth and final stage is a vertical shoot 'em up in which the player must gun down soldiers that appear at the top of the screen while avoiding their fire and that of snipers in the bushes. This stage culminates with the climactic showdown between Taylor and Sgt. Barnes. 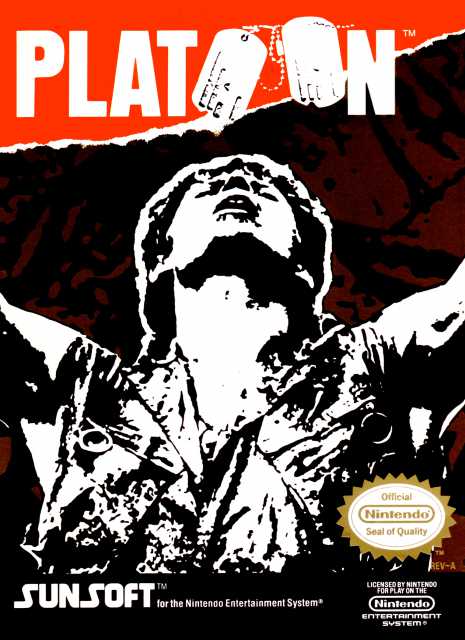