An action RPG set in a dystopian sci-fi future from Deck 13, developers of Lords of the Fallen.

The Surge is an action role-playing game developed by DECK13 Interactive and published by Focus Home Interactive for PC, Xbox One, and PlayStation 4.

Set in the future where the world has gone through geological turmoil causing widespread devastation to the entire planet. The Creo corporation seems to be at the forefront of technological innovation offering their factory workers augmented exoskeletons that enhance their ability to perform manual labor, and in the case of the main protagonist, even give them the ability to overcome permanent disabilities. In addition to human augmentation Creo has also been continuing their efforts to save the planet through ReSolve project by launching rockets into space that spread an agent into the atmosphere meant to heal and stabilize the environment. As the player makes their way through the various Creo facilities, you uncover political struggles within the company, hidden projects and critical information being withheld from the public all while trying to combat a new emerging threat.

Combat revolves around a dismemberment mechanic which also serves as the primary means of acquiring new gear. Along with a stamina bar that typically ties into attacking and dodging, the player also has an energy bar which is used to power consumable implants, drone abilities, as well as the dismemberment skill. All enemies in the game have a set of limbs you can target whether they be typical humanoids or mechanical robots. Targeting a body part and applying enough damage to it will grant the player the option to engage a killing blow that will cut off the limb, granted that you have enough energy built up to do so - conveniently energy is built up through consecutive attacks. Severing limbs will drop the armor part for that specific limb. In order to collect entire armor sets which all come with bonuses if every piece is worn, it is necessary to sever every piece of armor from an enemy and then craft it at the crafting station back in Ops.

The Surge 481: Rupert Grint’s Ice Cream Truck The Surge The Surge: A Walk in the Park DLC
Lords of the Fallen Dark Souls Rise of the Robots Bloodborne The Surge 2 Rengoku II: The Stairway to H.E.A.V.E.N. 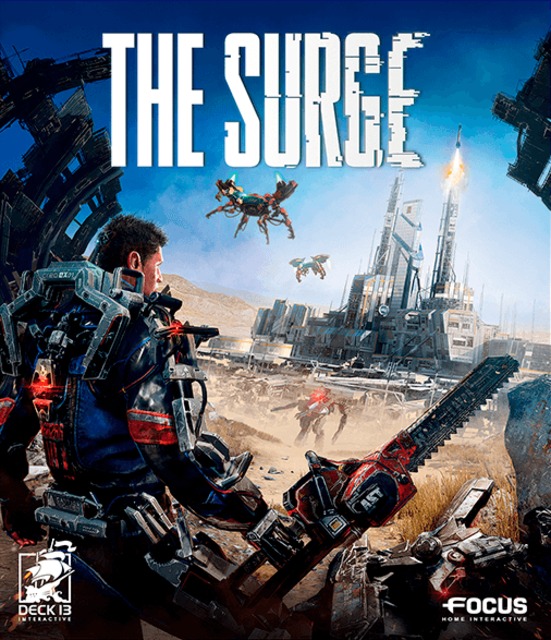