Razor Freestyle Scooter was developed by Shaba Games, and published by Crave Entertainment. It was released on December 11, 2000 on the Nintendo 64, Dreamcast and Playstation. The game revolves around the titular scooters that were popular in the early 2000s. The game is a Tony Hawk Pro Skater clone, the difference being the game was made simpler for the play-ability for younger children. The storyline consisted of robots kidnapping the player's friends.

It is particularly notable for featuring UFC fighter Tito Ortiz as an unlockable and playable character.

The game was originally released as a rental-only at Blockbuster video rental stores; going on sale a few weeks later. 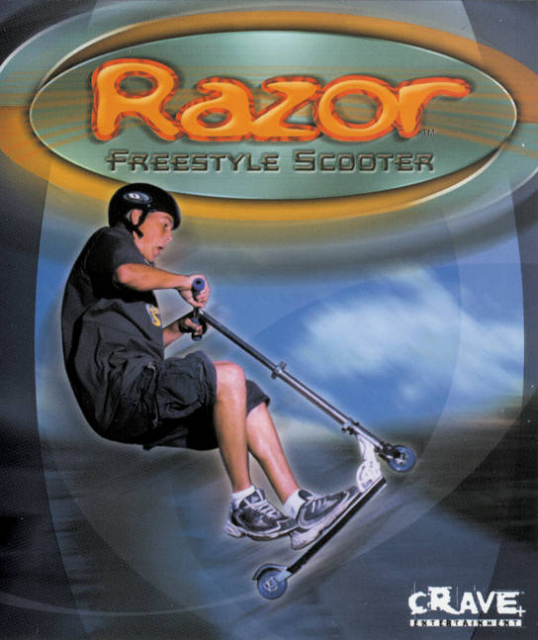