The sequel to Konami's 1988 side-scrolling shooter, putting players back in control of the Blue Thunder and Red Thunder starfighters as they continue their fight against the Mechanikons.

Thunder Cross II is a sci-fi side-scrolling shoot-'em-up developed and released by Konami for arcades in 1991.

It is a direct sequel to the 1988 game Thunder Cross, upgrading the graphical and audio fidelity while adding some minor changes to power-ups (such as allowing the Option assistant ships to directly overlap the main ship). 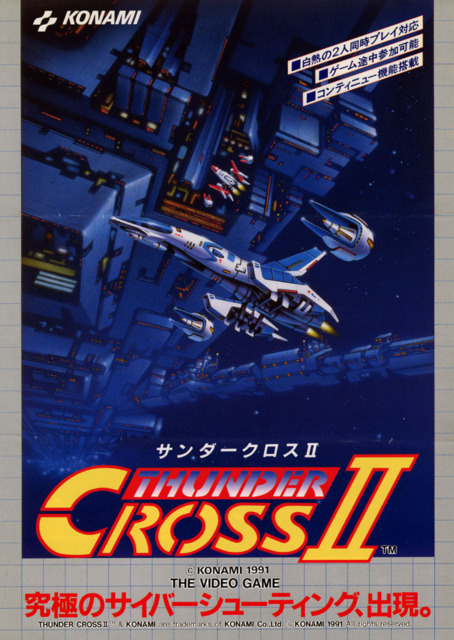