A falling-block tile-matching puzzle game by Sega in which you stack columns of jewels in order to create a three-or-more chain of the same shape and color.

Columns (known in South American home versions as Shapes and Columns) is a falling-block tile-matching puzzle game developed and released by Sega for arcades (using Genesis-based Sega System C hardware) on March 1990. It was later released for the Sega Genesis in June 30, 1990 in Japan, with an overseas release months later.

A falling-block game similar to the 1984 game Tetris, Columns has players manipulating stacks (or "columns") of three jewels falling from the top of the playfield in order to create a three-or-more match of jewels of the same type (which causes those jewels to disappear and every jewel directly above them to fall down, potentially causing chains of matches). The gamed is themed after the ancient civilization of Phoenicia.

While the game is known for being Sega's signature tile-matching puzzle game (after they lost the rights to publish their versions of Tetris), it originated outside of Sega as a 1989 game for the HP-UX by Hewlett-Packard employee Jay Geertsen. The initial game was only distributed internally with the company's developers, with two of Jay's HP colleagues porting the game as shareware outside of the company to both DOS (by Nathan Meyers) and Macintosh (by Chris Christensen) computers. The popularity of these ports, along with numerous unofficial computer ports, led Sega to purchase the rights to the game.

Along with ports to multiple consoles, Japanese computers, and handhelds over the years, the game received multiple sequels and was included in numerous Sega compilations. It was included in both the Sega Genesis Mini and Game Gear Micro micro-consoles. The Game Gear version was notable for being both a launch title and the first pack-in game (for the Japanese version).

In Columns, players are given an empty 6×13 playfield and are given a never-ending series of "columns" of three jewels (each jewel being one of six distinct types of jewels, each with different colors and shapes) falling from the top of the playfield.

As the game is endless, the player's objective is to clear as many jewels as they can before the playfield is full and no additional columns can be sent down. Jewels can be cleared from the playfield if players manipulate the columns in a way so that three or more jewels of the same type are lined up (either horizontally, vertically, or diagonally). As jewels disappear from the playfield, all jewels directly above them automatically fall down, potentially causing chains of matches for bonus points.

Each column of jewels can be manipulated in three ways: moving left and right (by moving the joystick leftward and rightward), increasing the falling speed (by moving the joystick downward), and changing the jewel order (by pressing the button). The column's overall shape cannot be changed (unlike other games of the time, such as Tetris, Dr. Mario, and Puyo Puyo), with players instead cycling the order of all three jewels. At certain intervals, players are given a special column containing three Magic Jewels. These cannot be cycled and instead serve a special purpose: if it lands on a jewel, then all jewels on the playfield of the same type are cleared.

As more jewels are cleared, the difficulty level of the game increases, causing the speed at which the columns fall to become faster. This gives players less time to think and can cause placement mistakes. It also increases the amount of points given for a match. At the beginning of the game, players are given the option to either start with no points at level 0 (Easy), start with 20000 points at level 5 (Medium), or start at 50000 points at level 10 (Hard). At levels 0-2, players are given visual hints for potential matches using the current column, but do not have access to Magic Jewels.

In the original arcade game (and the Arcade Mode of the home release), a second player can join-in at any time and start their own game of Columns. This is treated as two simultaneous single-player games on one arcade machine, with neither player affecting each-other.

In the home release, players are given two additional modes on top of the standard Arcade Mode: Original Game and Flash Columns. Some versions of the game

In addition, players can choose from three different difficulty classes, each of which affecting how many jewel types are used in the game: Novice (four types), Amateur (five types), and Pro (six types, similar to Arcade Mode). Players can also choose the background music to play: the original (CLOTHO) or one of two new music (LATHESIS and ATROPOS).

Rather than the join-in system of Arcade Mode, the game has players choosing from one of three player options: 1-Player, 2-Player, and Doubles. Doubles is unique as both players alternate turns on a single playfield. Like Arcade Mode, 2-Player Mode is treated as dual single-player games (with the exception of Flash Columns with the "Match" setting enabled). Some home versions include a Versus Mode option in which both players compete to outlast each-other. Each mode changes the game's UI, with 1-Player and Doubles moving the playfield front-and-center.

The game was ported to the Game Gear in Japan as a launch title (and pack-in title) on October 6, 1990, with an overseas release shortly thereafter. This version was used as the base for the Sega Master System port, which was only released outside of Japan sometime afterwards. Both of these ports were the only ones done by Sega themselves, and have some differences (such as the lack of an Arcade Mode and versus-style multiplayer). The GG version was re-released in Japan on July 23, 1993 as part of the Meisaku Collection series.

It was released for multiple home computers in 1990-1992 exclusively in Japan by Telenet Japan (FM Towns and MSX) and SystemSoft (Sharp X68000, NEC PC-9801, and NEC PC-8801). Telenet Japan also made the PC Engine port of the game, released by Laser Soft exclusively in Japan on March 1991. The PCE version of the game is notable for multiple Versus options and support for linked play with the PC Engine GT.

The game was also ported by Marigul to the Super Famicom, released by Media Factory on August 1999 for the Nintendo Power kiosk-based service. 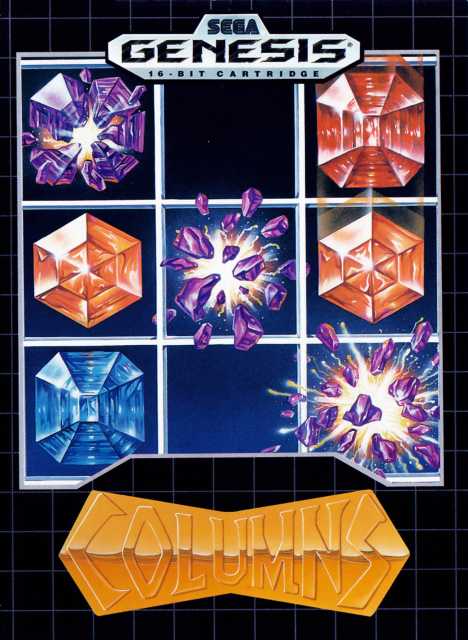