Persona 2: Eternal Punishment (ペルソナ２ 罰) is the second part of the overarching Persona 2 story and the third game in the overall Persona series.
PlayStation Portable

Persona 2: Eternal Punishment is a direct follow-up to Persona 2: Innocent Sin set in a parallel world known as "the other side" where characters from the first game, though present, assume very different roles and with a few exceptions, have no recollection of the events that took place in Innocent Sin. Maya, a supporting character in the previous game, is now the lead protagonist while Tatsuya Suō , the main character in the previous game, is now a supporting character. The remaining supporting characters from Innocent Sin are present in non-playable cameo form. The Persona franchise is known for its contemporary modern setting, demon collecting, unrelenting difficulty, and mix of comical and mature subject matter.

The story begins with Maya, an editor for the magazine Coolest, receiving a cryptic, yet ominous letter from a serial killer known only as JOKER, reading "You're next!". Later, on assignment at Seven Sisters High School she and a fellow employee Yukino Mayuzumi witness a dispute between a student and the principal and later discover the principal dead in his office. When the police arrive, the student is suspected of the murder; however one of the detectives, Katsuya Suō , suspects its actually linked to the JOKER killing spree. In fact it is, as the Joker shows up at the school and begins provoking Maya and Katsuya with the intention of awakening their inner Personae. Much to their surprise, he succeeds, and both of them having no knowledge of that which dwelled inside of them. Before he can finish Maya off, however, Tatsuya Suou shows up and drives JOKER off with his extremely powerful Persona. Just as quickly as he arrives, however, he leaves, leaving behind a plethora of unanswered questions. Maya, Katsuya, and eventually several others intend to investigate.

Persona 2: Eternal Punishment has 7 playable characters. They're listed below.

Note: The year of birth is assuming the game takes places in 1999.

Overview - Maya Amano's the silent protagonist of the game, who reprises her role as a reporter for a teen magazine called Coolest. Due to events in Innocent Sin, Maya doesn't remember anything that has happened.

Weapon and Persona - Maya wields two pistols. Her Persona is Maia (マイア) of the Moons Arcana.

Overview - Although not the protagonist of the game, Tatsuya is still the most important character in the story. Events in Innocent Sin makes Tatsuya the only person who remembers anything.

Weapon and Persona - Tatsuya wields a two-handed sword. His Persona is Apollo (アポロ) of the Sun Arcana.

Weapon and Persona - Katsuya wields a Semi-Automatic pistol and his Persona is Helios (ヘリオス ) of the Justice Arcana.

Overview - Baofu is an extortionist who's a native of Taiwan, but is amazingly fluent in Japanese. Baofu's true identity is that of Kaoru Saga, a Japanese public prosecutor who was originally presumed dead.

Weapons and Persona - Baofu throw coins and his persona is Odysseus of the Hanged Man Arcana.

Overview - Ulala Serizawa is Maya Amano's friend and roommate. Ulala becomes involved with the JOKER case when she went to Seven Sisters High School with Maya. It was also there in which her Persona awakened. Ulala is riddled with self confidence issues, usually depending on men as a self esteem boost.

Persona - Ulala, like Lisa Silvermen, uses her fist and her persona is Callisto ( カリスト) of the Stars Arcana.

Persona 2's main gameplay mechanic hedges on summoning, leveling up, mutating various Personae, and using the right combination of their spells in the right order to initiate Fusion Spells. Also unique to the franchise is the ability to negotiate with demons for various advantages, which is covered in depth further down. The battle system is semi-automated, meaning once you assign your move to each character you leave the menu and the characters continually do the assigned attacks automatically until you toggle the menu again. As well as choosing moves, you can choose the initial order of attacks. However, after the initial order, the characters move based on their personal agility so if you're trying to continually do fusion spells, you'll need to re-order the characters often.

New Personae are summoned in a trans-dimensional area featured in every Persona game called the Velvet Room using tarot cards accumulated from demons in various ways. Each persona is affiliated with a sigil based on tarot card nomenclature(Justice, Moon, Hanged Man, Lovers, etc.) and can only be summoned with x amount of cards of their specific type, which are accumulated by defeating or negotiating with a demon of the same type, through sidequests, or through trading in blank cards for the card type you desire. Each demon(except bosses) you fight can be summoned as a Persona, but it will not appear on the summon list until you've fought it. For example, if a Pixie is desired as a summon, the player must battle it before it will appear on the list. A number of Lovers cards are still required to summon it. They can be obtained by defeating Pixies until the player has enough cards, at which point Pixie can now be summoned and attached to one of the player-controlled characters as a Persona. It should be noted, not every character can equip every Persona, and certain Persona are better suited to certain characters.(i.e., they will level up faster, have better stats, have a higher chance of mutation, etc.) Before summoning, a spell card can be attached, provided it is not the polar opposite of the element associated with the demon, as well as a card which gives the Persona a boost in one or all of its stats.

The more you fight with a Persona attached, the more experience it gets and when it levels up, it learns a new spell. The higher level a Persona is, the more likely it is to mutate. A mutation can do various things such as boosting your Persona multiple levels instantly, learning a spell not on the Persona's spell list, or allowing the Persona to be upgraded into another, (normally) more powerful persona. In order to initiate a mutation, you must end a battle with a Fusion Spell.

Fusion Spells are the crux to winning any battle. A Fusion Spell is initiated when 2 or more spells of the right type are used in the correct order. For example, using two fire based spells in succession will initiate the fusion spell Scorching Hell Blaze, a fire attack more powerful than the sum of two fire spells individually. Some of the more powerful fusion spells require up to all 5 characters to initiate specific moves in a specific order.

When you first enter a fight, you'll notice the "Talk" option on the menu. Through this you can actually have a conversation with the demons and if it goes well, you can get some good items out of it or even be offered a demon pact. How negotiation works is each demon has its own personality quirks, as do the main characters. Additionally, you can choose to negotiate with up to 3 characters at once to further nuance your personality in order to appease the demon. There are 4 different reactions: happy, scared, angry, and intrigued as well as in between reactions. Once you get 3 of any given reaction(in between counts as one reaction for both), you receive your reward(or punishment). If they're happy, they'll offer you an item or a pact. If they're intrigued, they'll offer you tarot cards of their type( far more than you would get for beating them). If they're scared, they'll run away and if they're angry, they'll get the initiative attack.

When you successfully negotiate and leave a demon happy, you'll be offered a pact. Assuming you're a high enough level, you will be able to accept. Now when you see the demon you made a pact with in the battlefield(it will be marked with a glowing pentacle under it), successful negotiations will warrant superior rewards. For example, if you intrigue a demon you have a pact with, you will now receive blank cards instead of tarot cards. However, if you anger the demon, you run the risk of breaking the pact. Oddly enough, however, you can still battle and kill the demon without impacting the pact so long as you don't anger it in a negotiation.

As a bonus for players who play through the game twice in order to do both character-based story branches (only one can be done per playthrough), a bonus dungeon is unlocked. Nearly everything from the main game carries over to the EX Dungeon, which is a randomly generated floorplan separated into 9 sub-dungeons. Additionally, you can now have both Nate and Ellen in your party at once here. Upon completing the dungeon you will be letter grade ranked and can choose to go through it again as often as you like. 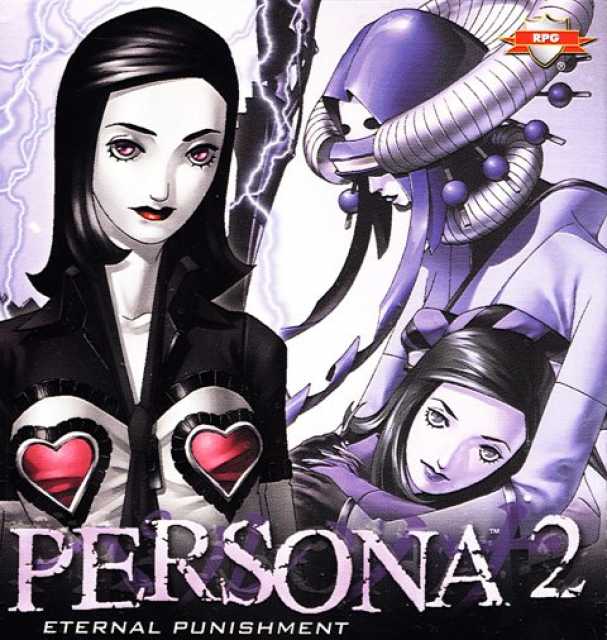