Tales of Link is a mobile game featuring the characters from past Tales of games.

Tales of Link is the matching puzzle game attempt from Bandai Namco Entertainment that launched during the height of Puzzle & Dragons' popularity, first releasing in Japan in March 2014, with a global release years later. An iOS version of the game was launched first, with the Android version following later that month in Japan. Gameplay is set on a board containing rows of three by three gems that can be matched with their same shape and color to attack enemies, like a classic role-playing game (RPG) combat screen. There are five different gem types that each do specific damage, except for pink hearts that heal player characters.

Along with the matching style gameplay, players can collect heroes in the gacha system that collects random units through blind rolls, where rarer units will perform better. Rarity varies from one up to six stars. Up to four characters can join combat, as seen below on screen. Each unit has a passive and active skill that is charged through matching gems. One character can also make use of their leader skill. In accordance to the franchise, several references are tied to characters, like the use of "Artes," the magic equivalent of the series. Skills can convert gems to other types, to make it easier to make longer strings.

Several original characters were created just for Tales of Link, leading most missions through a story mode that contains characters from a wide variety of other Tales games. The protagonist is called Savior, similar to a Mary Sue concept, guided through the game by two other characters; a young girl called sara and a cat-like creature called Lippy with a star-shaped head. Aside from just Tales games, Tales of Link collaborated with other franchises from the Bandai Namco stable.

A soundtrack for Tales of Link was released on two discs, each containing 29 tracks, including a game theme.

Service for Tales of Link ended on both iOS and Android platforms on March 28, 2018. Tales of Link offered premium currency, called Hero Stones. Purchase of currency with real money was shut down on February 26, 2018.

Many collectible heroes in Tales of Link come in several permutations, each with their own rarity, so it isn't uncommon to have different versions of Tales of Symphonia's Lloyd, for instance, wearing a different garb or striking another pose. Not every character has a global release, with many heroes being exclusive to the Japan version of the game. Original characters created for Tales of Link, not limited to just the protagonists Lippy and Sara, can be obtained through the gacha system as well.

Here is every featured Tales game in Tales of Link:

Most collaborations in Tales of Link comes from other franchises in the Bandai Namco line of games, except for Tales of the Rays, which is a different mobile game from the Tales series itself.

Here are all the collaborations done in Tales of Link over the years: 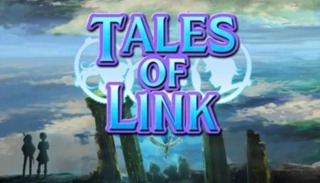