The Third Dawn 3D client rendered all monsters, characters, and terrain  in 3D. It still, however, maintained the use of 2D artwork for objects. While it had an option to zoom in, it did not allow for any rotation due to the 2D artwork that remained. The view within the Third Dawn 3D client was isometric with movement limited to the eight directions. The client interface was redone, with the centerpiece being a 3D paper doll that mimics in-game actions and can be viewed from any direction. The new animation system added specific animations and particle-based effects to each spell cast.

Initially, the new land mass, Ilshenar, was accessible only via the new 3D client. The new land mass was intended as an adventure-only area: housing cannot be placed there. The Ilshenar addition was 10% larger than the previous play-area increase, namely, the Lost Lands, which were introduced by Ultima Online: The Second Age. At first, the spells Recall, Mark, and Gate Travel were disabled, which forced players to enter and exit Ilshenar by one of eight moongates. While the ability to Recall out of Ilshenar currently functions in most areas, there are several areas where the prohibition remains.

Istaria: Chronicles of the Gifted Fiesta World of Warcraft: Cataclysm 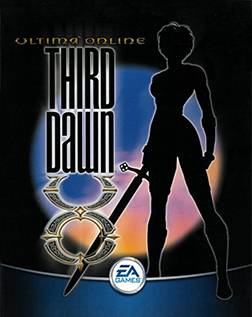