Crucible was a short-lived multiplayer third-person shooter from Amazon Game Studios, notable for returning to a "closed beta" state one month after release, followed by discontinuation.

Crucible was a free-to-play multiplayer third-person shooter developed by Relentless Studios and published by Amazon Game Studios for the PC on May 20, 2020. It was later de-released on June 30, 2020, moving back to "Closed Beta" status due to player feedback, followed by discontinuation on November 9, 2020.

Similar to the 2016 game Overwatch, Crucible was a team-based shooter where players controlled unique MOBA-style Hero units (or "Hunters"), each with their own unique weaponry and special abilities.

On October 9, 2020, it was announced that development had ended for the game and that servers would be shut down on November 9, 2020. Full refunds were offered for any purchases made in the game. 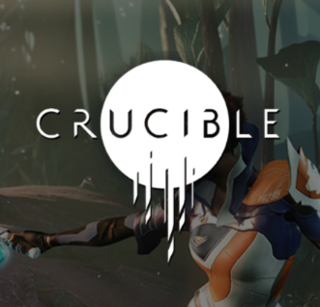