A beach-themed entry in the Senran Kagura series. Set after the events of Estival Versus, the game features over thirty of the girls from the Senran Kagura universe facing off in water gun-based third person combat using a great variety of water-infused weaponry, from simple pistols to massive mini-guns!

Set shortly after the events of Senran Kagura: Estival Versus, Senran Kagura: Peach Beach Splash will feature the girls of the Senran Kagura universe facing off in team-based fights, this time with specialized water-infused weapons instead of their traditional weapons. Not much is known about the story for the game, but it has been confirmed to be canon to the Senran Kagura franchise.

****NOTE: It is expected that several more of the popular characters from the Senran Kagura: New Wave G mobile game will be added before the game launches.

This game revolves around battling other characters with specialized water weapons instead of the traditional weapons that the girls of the Senran Kagura franchise typically utilize in combat. Below are the confirmed/suspected weapons that will be used in the game:

Smaller weapons (Pistols, Submachine Guns) can be dual-wielded in combat. In addition, each weapon will have the ability to be upgraded with special cards to deal additional damage and different status effects against your opponents in combat. As seen in the newest gameplay trailer, players can also utilize a special water jet pack that provides a significant speed boost during combat.

Below are multiple examples of the weapon types you will find in the game (as seen being equipped by the girls from Hanzo Academy):

So far, there are only two confirmed modes for Senran Kagura: Peach Beach Splash. However, as seen in the other Senran Kagura games, it is highly expected that a dressing room mode will come with the game. 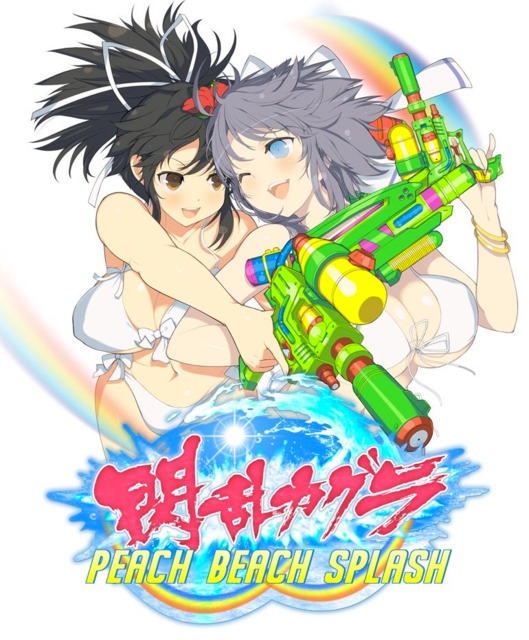