Following the invasion of Earth by fish-like aliens, you must assume the role of a S.C.A.T. soldier and halt the onslaught!

Taking place in a futuristic New York City, the player must take the role of a S.C.A.T.: Special Cybernetic Attack Team soldier to halt the invasion brought on by fish-like aliens. S.C.A.T. soldiers are equipped with a jetpack, allowing for flight around the stage, as well as an upgradeable gun. Additionally, the soldiers are orbited by two satellites that provide extra firepower. These satellites can be locked into place as the player sees fit. 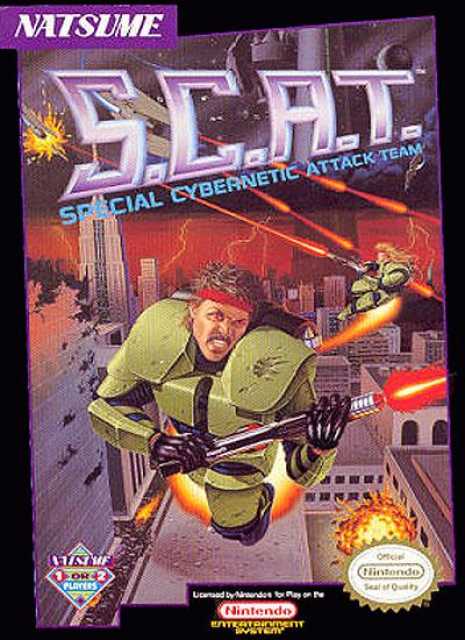