SOCOM: U.S. Navy SEALs - Fireteam Bravo 2 is a Playstation Portable game and sequel to the original handheld hit, SOCOM: U.S. Navy SEALs - Fireteam Bravo. Developed by Zipper Interactive and published in North America on November 7th, 2006, the game brings a host of new features and improved gameplay. The games story takes place in a fictional country called Adjikistan. The campaigns 14 missions hold an intriguing and exciting plot that keeps the player occupied. The game also features Instant Action missions which are randomly generated in different areas with different mission objectives. Newer features such as Command Equity, or CE for short, and Local Influence are great new ways to earn weapons and gear to deck out your multiplayer avatar.

You play as SANDMAN. The leader of Fireteam Bravo. One partner accompanies you throughout your missions. You can choose between LONESTAR, BRONCO, or WRAITH. Each partner has his own special gameplay style which is vital to your missions. The main campaigns story isn't what you would expect from a usual SOCOM game. Instead of playing in several countries, you are held to just one. However there are plenty of different environments so you don't have a feeling of repetitive gameplay. You play in a fictional country called Adjikistan which is currently in a civil uproar. The rebel factions you face turns out to only be a small part of the problem, after you discover the corrupt Adjikistan government has hired a Private Military Contractor (PMC) named Shadow Element. The mercs, as they are often refered to in the game, are hired by the corrupt President of Adjikistan who uses the mercs as soldiers in his own private army. You must find and take down the leader of the leader of the Shadow Element mercenaries. You obtain this goal by completing various missions in orders of your choosing, giving the player a more free and open form to try and win the campaign. Missions can range from and all out frag fest, to a quiet and subtle sneaking mission to gain intel.

The Fireteam Bravo series has always been about multiplayer gaming. It strives to be one of the best online games for the Playstation Portable. Its has a variety of game modes like Intel Grab (capture the flag), deathmatch, team deathmatch, and the most interesting mode called suppresion. In suppresion when a player goes down, a teammate can revive him by getting near him and pressing the square button. There is no limit to how many times you can be revived as long as your whole team does not die, which allows for some very tactical battles where you have to balance searching for remaining enemies, and gaurding their allies at the same time. A tactic commonly used in supression is booby trapping dead enemies bodies with pressure mines so that you can go search for remaining enemies without worrying about your dead foes being revived. 16 players can be in one room at a time creating fierce 8 vs 8 battles. There are 12 different maps to choose from, all of which have a unique setting and different style of gameplay that can be taken. Players can join up in clans to further the online experience. Different clans can compete against one another in "wars" or "battles". While SOCOM FTB2 does have its own ladder to track your progress as a clan, you can also use online ladders to compete as well. Fireteam Bravo 2 also has some of the best and easiet voice chat to use on the PSP yet. All you have to do in-game to activate your headset is press the circle button to talk. Communication is key for clans and really any players serious about winning. While there is a vast online community in FTB2, there is also a vast hacking community. Hacks and glitches have become an issue in the online proportion of the game. Hackers have the ability to gain powers and skills that create an unfair gaming environment. Zipper has addressed the issues with frequent patches which have slowed down the hackers, but there are still several wide known glitches that keep the game from being the end-all be-all of PSP multiplayer games.

In multiplayer, you earn Command Equity, also called CE, for getting kills and being on the winning team. The CE can then be used to buy tons of weapons like the SFCW-LW, the VSS short-range sniper, and the SR-22 compact rifle. Attachments can be purchased for your guns, and can have a variety of effects, like adding greater accuracy, less recoil when firing, silenced bullets, or a scope for long range kills. Peices of different uniforms can be purchased for you multiplayer avatar to wear. These range from things like realistic Navy SEALS uniforms to bright orange engineer suits for a laugh. 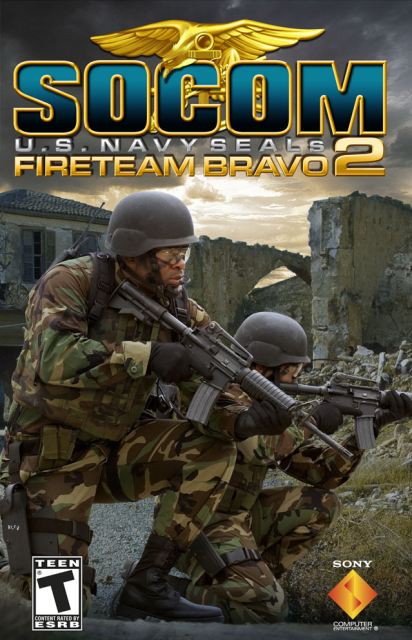