First entry in the Splinter Cell series. You are Sam Fisher, a highly-trained covert operative working for a division of the NSA known as Third Echelon. As Sam, you must infiltrate heavily guarded areas in order to combat the threat of terrorism.
Game Boy Advance

This gritty work of spy fiction follows the work of Sam Fisher as he is forced out of retirement in order to undertake a deadly mission for the National Security Agency. There are several Georgian terrorists suspected of possessing information that would cause a security threat for the US intelligence agencies. This comes about after two CIA operatives go missing. The story moves quickly in a linear fashion, completion of missions are satisfying nonetheless due to the scope of the game. One of the defining things about the narrative in this game is that it is in essence a journey spanning a plethora of different locations around the world including anywhere from an oil platform, the Chinese embassy in Yangon to our own CIA Headquarters in Langley Virginia. With all of these locations, there is one thing for certain Sam must be cunning, stealthy, and even ruthless to accomplish his mission. It is up to Fisher to end a war before it has a chance to begin.

Unlike more action-oriented stealth games like Metal Gear Solid, Splinter Cell aimed to take a measured approached to gameplay that focused more on stealth and less on action. While games like Thief and its sequels took a similar approach years before Splinter Cell, Splinter Cell brought the gameplay to the twenty-first century.

Splinter Cell was one of the first games to use shadows as a means for the player to progress through a level undetected. Though others had tried this before, Splinter Cell was the first game to successfully implement the concept. Shadows are not only used as hiding places in Splinter Cell. The player may also use the shadows of enemies to determine their exact whereabouts. Enemies will cast shadows dynamically on walls and ceilings. Lastly, players may also choose to turn off lights or even shoot them out in an effort to manufacture their own darkness to make any room their hunting-ground for unsuspecting enemies. However, some lights cannot be shot out or turned off, which makes moving around unseen more of a challenge.

One could argue that Sam Fisher is the epitome of the “modern ninja,” and it is not hard to imagine why after playing this game for a short while. One of the main abilities that a player will have to master in order to be a successful Splinter Cell is the ability to move quietly and deliberately through an area, making as little noise and leaving behind as little evidence as possible. If you must kill or incapacitate an enemy you’ll be in for a few surprises if you leave the body lying around. Enemies will go into a “hyper-paranoid” state of mind where they will fill you full of holes at first sight. Ergo, covering your tracks by hiding the bodies is crucial. If you master the art of stealthy movement and destroying any evidence of your presence, your enemies won’t know what hit them when you put them into a choke hold and thump them on the back of the head with your pistol to send them for an extended nap in a dark corner.

Use of the environment

It’s an occupational hazard for a man who is not supposed to exist to move though areas of heavy foot traffic. That is why there are plenty of other routes that Sam can use to accomplish his mission. You may find yourself dangling from a water pipe as an enemy passes so close beneath you that you can hear him breathing, or you may find yourself using a nearby power line as a zip line to access an adjacent building. Areas of low traffic are always the best.

Briefing: Prove that you are the man for the job.

Objectives: Infiltrate the east wing of the Georgian Defense Ministry.

Objectives: Infiltrate the oil refinery by the main pipeline.

Briefing: Track down the mole in the CIA.

Objectives: Retrieve the SC-20K from the storage room behind the battery generator room.

Briefing: Prevent the executions of the soldiers.

Objectives: Access the antenna on the abattoir roof and destroy its broadcast ability.

Objectives: Infiltrate the embassy via the upper floor.

12. Somewhere in the Kola Peninsula, Russia

Objectives: Force Masse to download his personal source code from his office PC and then kill him.

Briefing: Locate the Russian sailor being held captive and talk to him.

Objectives: Board the submarine. 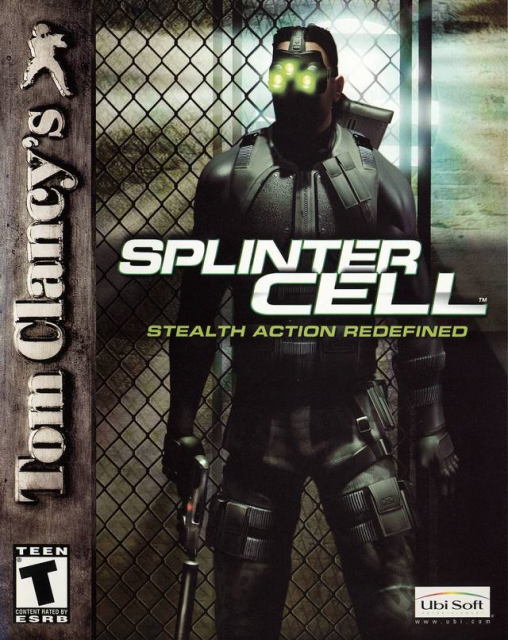