Shinobido: Way of the Ninja

A stealth action game made by Acquire
PlayStation 2

Goh "the crow" is a surviving ninja from an attack on his village.  Suffering from amnesia Goh must collect and locate 8 stones to regain his memory

The game is a stealth game so sneaking is a huge part of the game.  The player takes control of Goh and must complete a series of missions to continue the story.  These missions differ from assassination, escort, theft and kidnap.  By completing these missions Goh's allgiances will change.  Witnesses can also be problematic for Goh. Should Goh choose to accept a contract from one lord against another for whom they have worked on many occasions, the latter will feel personally betrayed and likely request his/her troops hunt down and execute Goh. This can become especially tedious if said lord consistently contracts rival ninja or barbarians to attack Goh's hideout. Failure to fend off these attackers will result in Goh's hard-earned money and items being stolen by the enemy, although successfully remaining hidden and earning an "Invisible" rank at the end of each mission will prevent this from occurring to some extent. 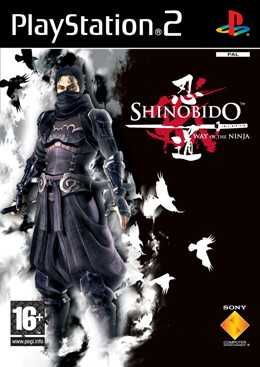