SOCOM was one of the first popular online games for the PS2. In many ways, it revolutionized online gaming on the PS2.
PlayStation 2

SOCOM: U.S. Navy SEALS is the first of the series of third person shooters created by Zipper Interactive. Like most in the series SOCOM was exclusive to the PS2 and at later variations found their way to the PSP handheld. The game was released shortly after the PS2 network adapter and with the box edition of SOCOM having a USB Headset for full user interactivity; which was used when playing online and as well offline. SOCOM had both offline and online elements, the offline had a campaign where players lead a squad of 4 men (3 of them AI controlled) through 12 missions in 4 regions - Alaska, Thailand, Congo, and Turkmenistan. This allowed players to talk to their teammates, and the online having the USB headset just for voice communication. The online however had several familiar maps to users who played the offline portion but new levels that for some would never feel old to play on.

The game also featured a full fledged documentary on what it means to be a U.S. Navy Seal. Zipper Interactive met with real life SEALS to get feedback on the game.

Players control their character from a third person view with their crosshair in the middle of the screen, allowing players to zoom in with the up button on the d-pad or crouch, and prone with the triangle button. There are 12 missions available with this squad of 4, and involves collect intel, demolish objects, restrain prisoners throughout the campaign. Players also have to use stealth through the missions using silenced weapons to take out opponents and try not to get seen. With the third person view it allows players to see the surrounding area around them, and they can also hide in bushes thanks to camo.

Multiplayer on SOCOM consisted of two teams. One team would play as terrorists, and the other as Navy SEALs. Game types are Suppression (kill the entire opposing team), Demolition (Use a neutral placed satchel a destroy enemies base), and Extraction (rescuing three hostages). Matches can also be won if players eliminate the opposing team without doing the objectives.

Players could also form clans on SOCOM. On the online main menu, there would be a tab where players could view information about the clan they were in (such as other clan members), or create their own clan. This feature helped make SOCOM popular with players, as it made setting up teams relatively easy.

SOCOM was the 'game' for most people, the game that made online gaming on the consoles not just good, but absolutely groundbreaking. It was the game that drove this new 'online' gaming for the PS2. The downfall of SOCOM, however, turned out to be that hacking and exploiting in the game was rife. This would ruin the leaderboard. Although initially this did not pose that much of a problem, as SOCOM players moved on to other games, only cheats remained, making it very difficult to find a game with 'honest' players. 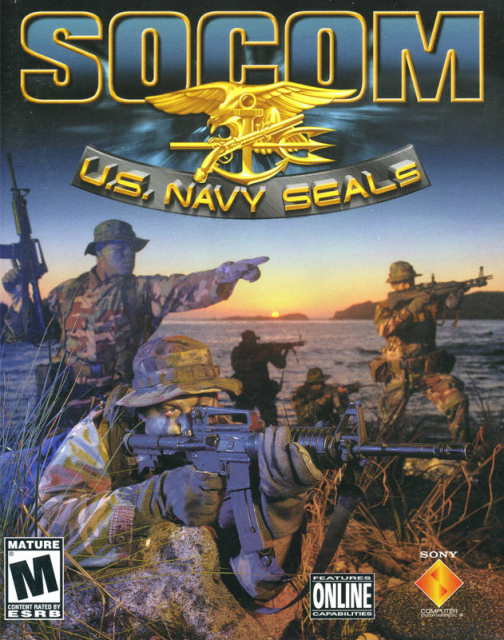