The start of something new, Legacy of Kain: Soul Reaver drops the overhead view of the original in favor of a third-person perspective with plenty of action and puzzles.

Released in 1999, Soul Reaver was released as a sequel to 1996's Blood Omen. The game was developed by Crystal Dynamics and published by Eidos Interactive. Soul Reaver tells the tale of Kain's first lieutenant, Raziel, as he seeks revenge on his master. The game drops the static top-down camera from the first game for a third person view. The gameplay focuses mainly on puzzles and action adventure. In a twist from the last game, Kain is now the antagonist.

On December 6th, 2012 Legacy of Kain: Soul Reaver was released as a digital download on the Steam store for PC.

Many centuries have passed since Kain had to make the fateful decision at the end of Blood Omen. The game starts on the premise that Kain refused to sacrifice himself to restore the Pillars of Nosgoth, heal the land, and ensure the extinction of vampires, but instead chose to rule a decaying world. He has raised six vampire lieutenants and they have created multiple clans and established an empire over Nosgoth. Over the course of time Kain and his lieutenants have evolved and have become less human and more divine in nature. Kain was always the first one to evolve and his lieutenants would soon follow. Until Raziel, his first lieutenant, developed a pair of wings before him. In a fit of jealous rage Kain viciously tears off Raziel's wings and condemns him to an eternity of pain and suffering by casting him into the waters of the Lake of the Dead.

But all was not lost for Raziel survived thanks to an ancient deity called The Elder God. The Elder God confided to Raziel many truths and revelations of creation, death, souls and hunger. It seems Kain's impudent vampire dynasty was depriving The Elder from Nosgoth souls, which it had been devouring for eons. The Elder offered Raziel a chance of revenge against Kain and his traitorous followers: Agree to walk the material plane and dispatch his former brethren. Upon agreement to this Raziel is transformed into a wraith who now hungers for souls, not blood. We follow his tale as he seeks vengeance on his brethren and Kain.

Raziel later discovers that he was actually an inquisitor of vampires in his human life before he died and was resurrected by Kain as his first lieutenant.

Soul Reaver's gameplay was drastically different from Blood Omen. While the game still has the same morbid atmosphere, the camera has been changed to a dynamic third person view. Players can now stop and look around at their surroundings. The game features an abundance of puzzles, though most of them are simplistic and require little effort to complete. The game actually got some criticism for its numerous block puzzles, which started to feel repetitive towards the end of the game.

The action and combat in the game followed the traditional hack and slash method, where players can use a standard primary and secondary attack to beat down their opponents. Raziel can pick up any weapon from his surrounding to dispose his enemies. He can kill his vampire foes by impaling them, drowning them in water, exposing them to sunlight or setting them on fire. Some of the boss fights require a bit of puzzle solving as Raziel has to use the environment to deal with them. Combat changes quite a bit once Raziel gets a hold of his wraith blade - the Soul Reaver. The blade sustains him in the material realm and you don't need to go looking for vampires to satisfy your hunger. His wraith blade also gains additional powers throughout the course of the game, such as the ability to fire bolts of energy that knock enemies back, the ability to take on the essence of fire to dispatch foes quickly, and the combination of the two which allows for the immolation of enemies from a distance.

A major aspect of the game revolved around Raziel shifting in and out of the spirit realm. Since he can't die, Raziel just goes back into the Spirit Realm when weakened. He can also willingly shift in and out using planar portals spread throughout Nosgoth. These play an important part in all the puzzles as Raziel can pass through certain obstacles in the spectral realm but he can only open doors in the material realm. Players have to think their way through some puzzles to avoid excessive backtracking.

The games environment has a steampunk feel to it as the vampires have created huge factories to black out the skies. Nosgoth is a state of decay as Kain's empire has corrupted the world to its core. The age of the vampires seem to be on the decline as most of their monuments are falling apart. The overall atmosphere of the game is very dark and morbid. 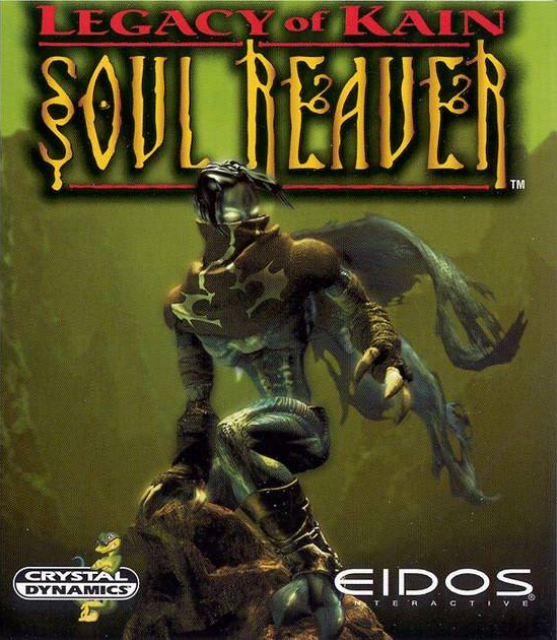