Side-scrolling action game where a hero known as the Jewel Master can mix and match various rings to create more powerful weapons.

Jewel Master is a 2D side-scrolling game developed and published by Sega for their Genesis/Mega Drive console. It features the eponymous hero of the Jewel Master as he goes about collecting the twelve elemental rings necessary to bring down the demon tyrant Jardine the Mad and save the country of Mythgard.

The player acquires rings as the game progresses, and can combine the ones they have together to create more powerful effects. The player does this by equipping up to two rings on either hand, which correspond to the A and B button respectively, with a maximum allowance of four rings. The damage effects from different ring combinations can be advantageous depending on the current level or boss, so the player is well served experimenting with the rings they have.

The game's music was composed by Motoaki Takenouchi and features numerous tracks named in homage after songs from the British prog/synth-rock band Yes. Roundabout is not one of them. 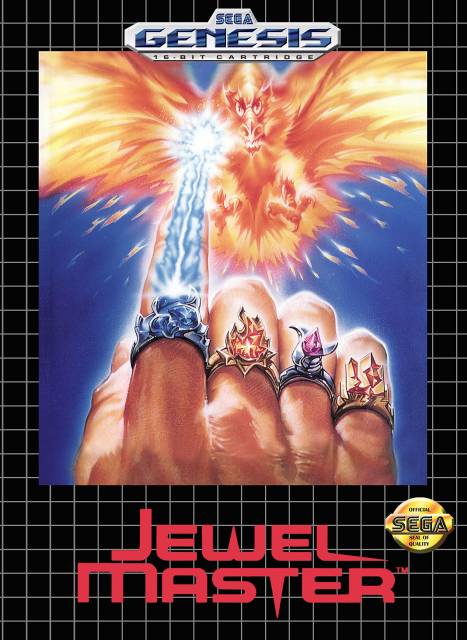