A single-screen platformer and the follow-up to the 1991 game Tumble Pop. Feed enemies to fatten them up, then push them away as bouncing projectiles!

Diet Go Go is a comedic puzzle-platformer developed and released by Data East for arcades in 1991.

A sequel to the 1991 arcade game Tumble Pop, Diet Go Go has players throwing food at enemies to fatten them up, then pushing them away to have them bounce along the screen (damaging and destroying enemies in their path). However, enemies can also fatten up the player characters in the same way.

It retains the comedic theming of the original Tumble Pop while sporting a new pair of protagonists. Players once again travel the world to foil the plot of Dr. DePlayne. 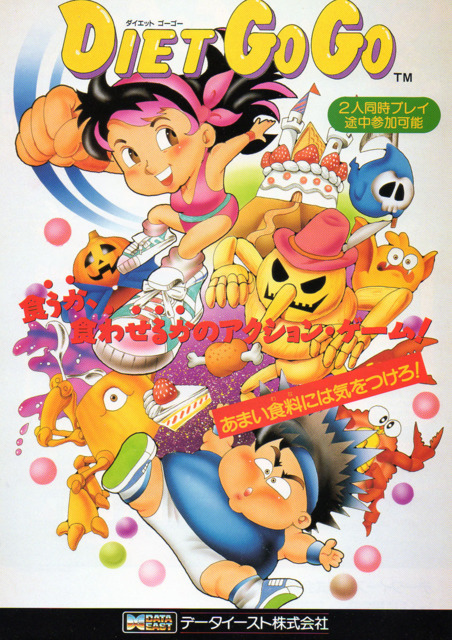