Psyvariar 2: The Will To Fabricate is a sci-fi vertical-scrolling shoot-'em-up developed by SKonec and released by Success (in conjunction with Taito) for arcades (using Dreamcast-based Sega NAOMI hardware) exclusively in Japan on November 2003.

The sequel to the 2000 game Psyvariar: Medium Unit, Psyvariar 2 further revamps the leveling-up system (where certain actions now fills a "neutrino gauge" that changes in potency as each stage proceeds) while changing the branching stage system. Also, instead of one aircraft, players now choose between two different mecha: the M.D.S. Maitreya (which levels up primarily by destroying enemies) and the M.D.S. Five Ascetics (which levels up primarily by "buzzing" enemies and bullets).

It was later ported to the Dreamcast on February 26, 2004, for the Xbox on October 28, 2004 (as Psyvariar 2: Extend Edition), and for the PlayStation 2 on December 9, 2004 (as Psyvariar 2: Ultimate Final). All were published by Success and were released exclusively in Japan. The Xbox version features Xbox Live support while the PS2 version features a bonus video DVD. 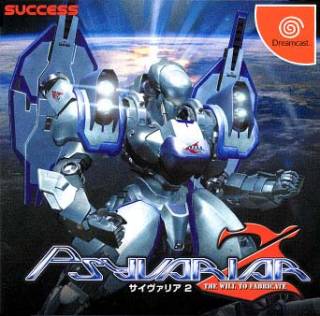